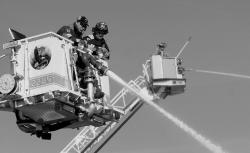 It is the third sentencing date scheduled for the former mayor, who was elected to an unprecedented four terms before his downfall. He was first scheduled to be sentenced last May 29, but that was postponed until Sept. 7, when it was postponed again.

Scarpelli resigned his office Dec. 8, 2006, for what he said were “personal reasons.”

He pleaded guilty one month later on Jan. 8 to one count of accepting and agreeing to accept cash payments, in exchange for “official action,” according to the U.S. Attorney’s Office. His plea agreement states he accepted at least $5,000 in bribes from an unnamed developer in Brick and other unnamed locales in Ocean County between 1998 and late 2003.

“Was it your understanding when receiving the cash payments from the developer that the developer expected you to use your official position as mayor to assist the developer with obtaining township approval for the developer’s projects in the township?” Wigenton asked Scarpelli during his January plea hearing.

Scarpelli could face up to a maximum penalty of 20 years in prison and a $250,000 fine. But authorities have said he would more likely receive between 24 and 30 months in federal prison.

He was released on an unsecured $50,000 bond in January. Scarpelli was also required to surrender his passport. Wigenton told him his travel was limited to within New Jersey state lines, except for trips to his Florida home, which must first be approved by the court.

Scarpelli’s guilty plea cast a pall over both the township Planning Board and Board of Adjustment. Current Democratic Mayor Daniel J. Kelly served as chairman of the Planning Board until the Republican- controlled Township Council appointed him on Jan. 4 to serve as mayor until the November election. Kelly has said repeatedly that Scarpelli never pressured him to approve any application during his time on the board.

Sal Petoia, who has served as both Kelly’s and Scarpelli’s mayoral Planning Board designee, said earlier this year that Scarpelli never tried to influence his vote on board decisions.

But Dominick Brando, another former board member, said Scarpelli pressured him at lunch one day that he needed a certain project “to go through.”

Nydam, who pleaded guilty to official misconduct, theft and witness tampering on April 3, 2006, agreed to cooperate with the FBI and U.S. Attorney’s Office. Federal authorities have characterized his cooperation as “substantial.”

His previous sentencing dates this year were postponed at the joint request of both parties, so Nydam could continue to work with law enforcement authorities, Porter said back in April.

Scarpelli placed Nydam on administrative leave without pay in August 2004 after it was discovered that township workers put up a fence between a township park and his Eastern Lane home.

An Ocean County grand jury later indicted Nydam for official misconduct, four counts of compensation for past official behavior and witness tampering. Nydam was indicted a second time in April 2005, on three counts of official misconduct and one count of theft. He originally faced 11 charges before the plea agreement.

Lance Hadley, a landscaping contractor based in Brick, pleaded guilty in August to one count of bribery, which carries a maximum statutory penalty of 10 years in prison and a $250,000 fine. He is scheduled to be sentenced Nov. 26.

Hadley admitted he paid Nydam two separate checks of $2,000 each, bribes that resulted in more than $40,000 in no-bid snowplowing contracts.

Hadley, 38, admitted in federal court that he and Nydam conspired to disguise the payments by making false and fraudulent notes in the memo sections for a “boat purchase” and a “loader rental,” authorities said.

The charges involving Hadley do not name Nydam. But he was the public works director at the time.

Nydam was responsible for hiring outside companies to plow snow in the township during emergency snow conditions, when it snowed more than five or six inches. He hired Lancescaping, Hadley’s business, to plow snow at least three times between December 2002 and March 2003, authorities have said.

Both Republican council President Stephen C. Acropolis and Kelly had said earlier that they were hoping the sentencings would take place before the November election. Acropolis, a veteran council member, and Kelly are locked in a bitter battle for Scarpelli’s two-year unexpired term.