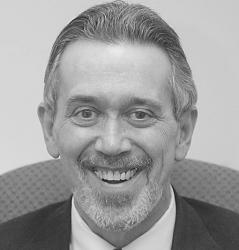 • Mixing large amounts of nutmeg in Kool- Aid and drinking it can induce an altered state of consciousness, and has the added side effect of making you irresistible to young women.

• Listening to the first Mothers of Invention album (with Frank Zappa) titled “Freak Out” in the dark can induce an altered state of consciousness.

• Making wine out of the chokecherries that grew wild along the creek beds can definitely induce an altered state of consciousness.

Young and stupid, we immediately set out to try all four. Here were our results:

• Although our mothers welcomed our new interest in bananas, because bananas were better for us than Twinkies, smoking banana peels will not induce an altered state of consciousness. Smoking them will make you cough and gag and get dizzy, but that’s about it.

• Mixing large amounts of nutmeg in Kool- Aid and drinking it will make your stomach queasy, but it will not induce an altered state of consciousness. Nor will it make you irresistible to women. “You smell like pie” is what one young woman said to me after I imbibed the concoction.

• Chokecherry wine will induce an altered state of consciousness, if you are smart enough to make it properly. First, it takes a lot of chokecherries to make 20 bottles of wine (we had no cars to forage with, only bicycles), and then there’s the problem of hiding it somewhere while it ferments. Our mistake was that we bottled it in 7-Up bottles before it was done fermenting, stuck corks in the bottles and hid them all in the crawl space under the house, next to the furnace. This was Oct. 1. On Oct. 14, when the furnace kicked on for the first time that fall, those bottles started exploding. It sounded like someone shooting a machine gun down there, and when my father went to investigate, he came out of the crawl space dripping in stinky, fermenting chokecherry wine. While we were grounded for the next month, we had plenty of time to wish for an altered state of consciousness, but our wish was never granted.

That all sounds pretty dumb now in the fullness of age, but I don’t think kids have gotten any smarter in the intervening years. Last week, we got a letter to the editor from a woman who wanted parents to know about a stupid thing some kids are doing these days — grinding up candies called Smarties, snorting the powder and then blowing it out their noses

so it looks like smoke. She also noted that in addition to Smarties, these kids are grinding up Necco Wafers, Conversation Hearts, Pixy Stix and SweeTarts to snort. There was a big article about this fad in the Wall Street Journal, and apparently kids have

even posted videos on YouTube telling other kids exactly how to do it (I saw one). The letter writer said that there are health risks. Kids can develop smokers cough, for example. “There is also risk of infection in the nose,” she said.

There was also an article in the Wall Street Journal that quoted Oren Friedman, a Mayo Clinic nose specialist, who said that frequent use could lead to infections, “or even worse, albeit rare, conditions such as maggots that feed on sugary dust inside the nose.”

And definitely an image for you kids to keep in your minds the next time you’re grinding up a few Smarties to snort.

You’ll be happy to know that Tax Freedom Day, the day most Americans have worked long enough to pay this year’s share of their federal, state and local taxes, came on April 13, two days before the April 15 deadline for filing this year’s taxes with the feds.

Those of us who live in New Jersey, of course, had to work a little longer. Tax Freedom Day for New Jersey residents didn’t come until this week, April 29 to be exact. Granted, there’s some good news. New Jersey was nine days earlier than it was in 2008, and residents of Connecticut won’t be able to celebrate Tax Freedom Day until April 30. But it’s good to keep in mind that most of us pay more in taxes than we spend on food, clothing and housing, combined.

It’s also good to keep in mind when you read about the leaders of the labor unions that represent state employees griping that the furloughs — one day each in May and June — amount to pay cuts and contract violations. Gov. Jon S. Corzine has also threatened to lay off up to 7,000 state workers unless the unions agree to 12 more days of unpaid furlough during the fiscal year that begins July 1.

Those of us in the dreaded public sector can sympathize with the prospect of reduced pay in a tough economy. Thousands of private sector companies across the country are doing the very same thing. The only difference is, when it happens to private-sector employees, the story doesn’t wind up on the nightly news. You never hear of private sector employees threatening to take the matter to the courts to keep the furloughs from happening.

Nope, most people in the private-sector realize that as much as unpaid furloughs suck, at least they still have jobs.

Personally, I think Corzine ought to stick to his guns on furloughs, and still lay off the 7,000 state employees. If he did that, Tax Freedom Day in New Jersey might come a week earlier next year, like it does for most other Americans.

Gregory Bean is the former executive editor of Greater Media Newspapers. You can reach him at gbean@gmnews.com.