Politicians often put forward ideas without telling those of us who might be willing to listen to them how to go about implementing their grand schemes. 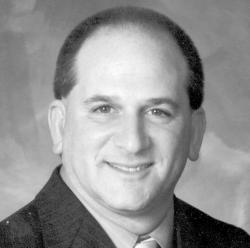 A case in point is Newark Mayor Cory Booker, who was quoted by the Bloomberg News Service last week as saying, “There should be a tax revolt in the state of New Jersey. We’re the most inefficient state in the country. We have more government per person than we need. You would never manage a business the way we manage our government — we have overlapping provision of services and in my opinion, it’s insane.”

There may well be plenty of people who agree with Booker and are ready right now to participate in his tax revolt.

I have just one question for the mayor. How exactly do we do that? I mean, technically, how does one revolt from paying taxes?

I spend a lot of time in pizza parlors. Can’t get enough, never mind what the doctor says. So, when the bill for the $1.70 slice comes to $1.82 with tax, should I politely inform the owner that I am revolting against taxes in this state and refuse to pay the extra 12 cents?

I have a feeling that I will asked, nicely, of course, to leave the premises.

When I send in my mortgage payment each month, should I look at the portion of the payment that goes to pay my property taxes and deduct that amount from the payment?

Somehow, I don’t think that will work out well for me in the end.

Over the years one person or another has suggested to me that New Jersey’s county governments should be abolished. Maybe they are right, but how, exactly, do we do that? Do we not vote for any freeholders when they run for office and just hope they will all go away when their terms end? It’s unlikely that will happen.

So Mayor Booker, please, tell us exactly how we, as New Jersey residents, should undertake the tax revolt you suggest. Keep in mind that your suggestion cannot have anything to do with asking people to rally outside the State House in Trenton. That’s way too easy, and lame, of an answer and it never works.

I’ve seen rallies in Trenton come and go, and there is still no tax relief.

I have a suggestion to ease the burden on the state’s overburdened citizens. Start cutting fees, not taxes. We are tired of all the fees we pay every year — this includes car registration fees, license fees of one type or another, and

many others that suck the cash right out of our pockets. And it’s not a pleasant feeling. Here’s another suggestion: cut the state sales tax from 7 percent to 6 percent. That extra percentage point makes a difference to many people and would be an immediate and noticeable reduction in the cost of living. With all due respect, I would also like to point out to Booker that the citizens of his burg are helping to drive

up the taxes of all of us Garden Staters down here in suburbia.

We keep seeing hundreds of millions of tax dollars go to subsidize the Newark school district and 30 other New Jersey school districts — the school systems formerly known as the Abbott districts — while our state school aid here in the suburbs remains flat.

To be fair, some of our local school districts did see an increase in their school aid this year, but it amounts to peanuts when you see the money that is going to Newark and the other so-called Abbott districts.

Is this heresy? No. It is what we deserve. We want our dollars in our schools so that our property taxes stop skyrocketing.

Mayor Booker, I’m with you on that tax revolt. Just tell me the details about how we do it.

Mark Rosman is the managing editor of the News Transcript.