Ididn’t think much of Brick Township before I covered it for Greater Media Newspapers. 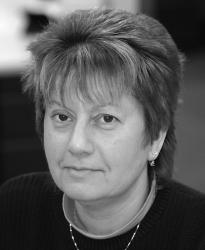 I can remember making a few disparaging remarks to Colleen Lutolf, the previous managing editor, when she had the Brick Bulletin.

“Brick,” I would snort. “It’s so boring. It’s nothing but strip malls and scrub pines.”

I was wrong. Very wrong.

Close to 90,000 people call Brick Township home. They live in sections of the township that at times are almost polar opposites, all in 26.3 square miles.

For starters, there’s the waterfront, miles of it. Brick Township has the most miles of waterfront in the state of New Jersey. Three public oceanfront beaches, all meticulously maintained. Then there’s Barnegat Bay and the shores of the Metedeconk and Manasquan rivers.

Drive along Route 35 on any summer day and you’ll see sailboats and windsurfers slipping along the cobalt water. 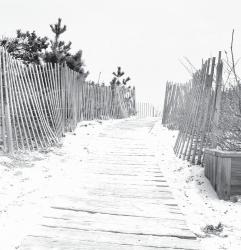 Travel in the opposite direction and you’ll find the gentle hills and woods of historic Herbertsville. If you didn’t know better, you’d think you were up in the northwestern portion of the state. The Havens homestead has stood like a sentinel for more than 180 years, through the winter snows and humid summers, a witness to Brick’s history.

The sections of town read like a railroad conductor’s roll call.

But the most important asset of Brick Township is the people who live there. All of them have a story to tell.

I was privileged enough to be able to write about some of them.

I wrote about scoundrels and heroes. Brick has had its share of both.

Former longtime Democratic Mayor Joseph C. Scarpelli could have left a memorable legacy if he had finished his fourth term honorably. Instead, he chose to take the path traveled by way too many politicians in New Jersey. He chose corruption.

My very first Township Council meeting in November 2006 turned out to be Scarpelli’s last. He looked uneasy at that caucus meeting. The loquacious mayor barely spoke.

I dropped by Town Hall several times in the weeks after, to introduce myself and meet the mayor. He was never there.

“Uh, the mayor usually comes in early in the morning or late in the afternoon,” I was told.

Several weeks later he resigned. One month later he pleaded guilty to accepting bribes from an unnamed developer. Scarpelli was 70 years old when he was released from federal prison last May.

No less disturbing was former public works director Jack Nydam, who escaped prison by singing like a canary to the FBI about Scarpelli, his former boss.

But I’d prefer not to focus on the bad guys. I’d like to remember Brick’s good guys.

People like Warren Wolf, who coached Brick Township High School football for an unprecedented 51 seasons. The gentle Wolf demanded excellence from his players. He taught them how to act like gentlemen. He taught them that football was a metaphor for life. He didn’t swear and he didn’t allow his players to swear. He served as the mayor, councilman, Board of Education member, state assemblyman and Ocean County freeholder during his years of public service. Brick was and is lucky to have him.

I will remember the steadfast courage of Michelle and Michael Fox, the young couple who lost not one but two of their beloved children to Batten disease. They tried to give Tyler and Kalianne a good life in the very short time they had on this earth.

And I won’t forget my recent meeting with Dr. Eric Hudson and his wife, Christina. The muchloved veterinarian is battling his way back from brain cancer. In spite of his illness, there is a lot of laughter in the Hudson home. More than 1,500 people showed up at a fundraiser at Windward Beach in September to thank him for all he has done. If anybody can make it, Eric Hudson can.

I wouldn’t have had the opportunity to get to know many of Brick’s people had it not been for the Bulletin.

The demise of the Bulletin is a window into what’s been happening to the print journalism newspaper industry for more than 15 years.

Declining ad revenue is the major culprit, but not the only one.

Many people no longer make the time to read in-depth news stories. This is the age of slam-dunk television news, with its gaudy graphics, too-loud broadcasters and 30-second “news” stories. There’s too much going on all over the screen. It’s as if the producers think that every member of their audience has attention deficit disorder and needs a change every 10 seconds.

It’s the age of the Internet, where people get their news in quick gulps. News stories on many sites are bare-boned and dumbeddown. People these days seem to have little time for more than a headline.

And many Internet stories, especially blogs, are written by people with no journalism training or ethics. It’s a disturbing trend, especially for those who have spent their working lives in print journalism.

People like to bash the “media.” But if the present trend continues, there will be no authentic media to bash. And that’s a loss for everyone.

There will be no one to cover Township Council, Board of Education, Planning Board or Board of Adjustment meetings. Newspapers in general, especially the dailies, have cut their staff so severely that reporters have neither the time nor resources to cover a town adequately.

The loss of coverage will be bad news to good politicians and good news to bad ones. The watchdogs are disappearing.

I was fortunate enough to be able to immerse myself in Brick as both a reporter and the managing editor.

Brick was a great town to cover. God knows, it was never boring.

I will miss it.