This is a dark day in America. Two weeks ago, I wrote that the U.S. Supreme Court was expected to do away with most of the laws that limit campaign contributions to candidates and much political advertising by corporations and special interest groups. And late last week, the court did just that — and in the process threw us back into what many political observers have called the age of the robber barons. 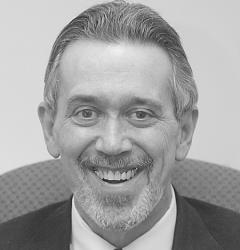 Most observers on both sides of the aisle noted that the court’s decision will have more impact on our political structure than any in our lifetimes. Some of them are happy about that. Some shortsighted Republicans, for example, see the decision as an opportunity to infuse more money into the upcoming midterm elections. You wonder how they’ll feel about things at some point in the future when the shoe is on the other foot. Others are scared to death right now. One of those isRep.AlanGrayson of Florida, who said, “This is the worst Supreme Court decision since the Dred Scott case. It will lead us all down the road to serfdom.”

He said, “If we do nothing, then before long, there will be senators from Citibank and Wal-Mart,” instead of representatives from Ohio, or Kentucky, or New Jersey.

In essence the court, in a 5-4 ruling, said that corporations and special interest groups have the same First Amendment guarantees as every other citizen, and shouldn’t be limited in spending directly on political campaigns. There have been limits on that spending for more than a century, and the McCain-Feingold law of 2002 tamped down the ability of special interest to influence elections even more.

Now, all that is out the window, and unless Congress acts nearly immediately to fix this legislatively, which is problematic, we can look forward to an unprecedented barrage of special interest advertising and spending in the coming elections. Forget politicians whose duty is to the constituents who voted them into office. We’ll have politicians at every level of government — from the Oval Office to the local zoning board — whose duty is to pacify the lobbyists, special interests and foreigners whose donations and checkbooks put them into office.

In his Saturday radio address last week, President Obama said the ruling was “devastating to the public interest,” and said his office is working on a package of legislation to repair the damage. But none of them are talking about bringing things back to where they were last week; they’re talking about tinkering around the edges.

And even that won’t be a slam-dunk. Right now, most Republicans are toeing the party line. While Russ Feingold, whose 2002 reform was eviscerated by the court, was outraged, John McCain merely said he was “disappointed.”

Here’s what I don’t understand. The court’s ruling came down to the majority’s opinion that corporations and special interests should have the same First Amendment rights to free speech as average citizens.

But corporations aren’t citizens, the government creates them and their express purpose is to make money. They get special benefits that ordinary citizens don’t, like legal and tax benefits and bankruptcy benefits.

Surely the Founding Fathers who wrote the Constitution and its amendments didn’t envision, or didn’t imagine the day when Microsoft would have the same “inalienable” rights as a farmer from Connecticut.

But if corporations and special interests want the free speech protections of ordinary citizens, shouldn’t they also give up their special protections? Shouldn’t the ones that are convicted of felonies, or gross mismanagement that harms thousands or millions, be required to shut down as a penalty? You can’t put a corporation in jail, but if corporations are considered people, shouldn’t The People have the right to impose an appropriate punishment for violations of the law ? Fewpeople seemto be asking that question yet, but it’s only a matter of time. Will the current Supreme Court crack down on the special benefits because doing so is a logical extension of their ruling on political contributions?

I got a lot of response to my recent column about thinking outside the box when it comes to projects for helping others in this dismal economy. A note from Suzy Coulter of Freehold was representative. Speaking of the Ramos family of Freehold, who lost their home in a February 2009 fire that killed 12-year-old Kaylee, she asked:

“Can we get the local Habitat for Humanity to help rebuild their home? Is there another community service group that can do that? How about the Colts Neck High School kids that work with Habitat? It starts with the kids, you know. Teach them community service when they’re little and it will stay with them.

“Last summer, my 6-year-old grandson spent a month with us. His Papa and he built a lemonade stand. He had a great time selling lemonade, knowing from the very first that half his earnings were going to Open Door (a local food pantry). No one was prouder than he was when he delivered his $20 and change to the good folks there.”

Good for you, Grandma Coulter, and good for your grandson.

A friend and regular reader caught my recent column about watching football, and had this suggestion for making the televised games more interesting. He has a special gripe against field goal kickers, who he says are overpaid, underworked, and still manage to shank easy kicks. His idea?

Why not put little lottery tickets under the seats of paying fans, and let the winners come down onto the field and do the kicking? It was his opinion that would make the game a whole lot more interesting and probably wouldn’t affect the outcomes that much, since the average fan can shank an easy kick just as easily as a overpaid and underworked professional punter.

I told him I didn’t know, but my suggestions for making sports more interesting — like giving sidearms to the line judges at professional tennis matches — don’t often get much traction.

I told him I’d put it out to the readers. So what do you think? And do you have any ideas of your own to contribute?

Gregory Bean is the former executive editor of Greater Media Newspapers. You can reach him at gbean@gmnews.com.