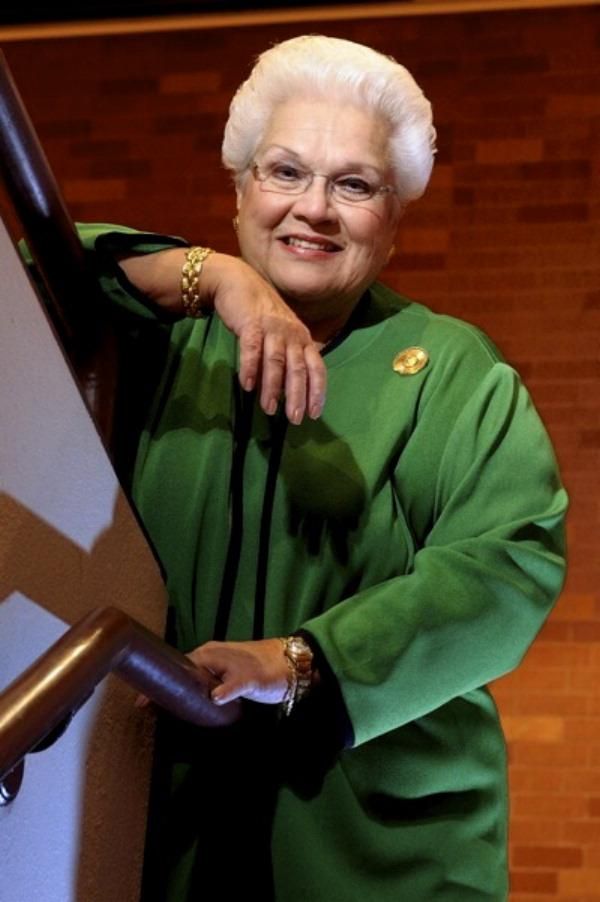 By Christian Kirkpatrick Special Writer
Do the stars predict a promising future for Opera New Jersey? It certainly seemed so Sunday night, as diva Marilyn Horne and three of her former students — now rising stars themselves — lent their luster to the organization’s “Celebrate Opera” Gala.
The event, which was held Sunday evening at the Hyatt Regency Princeton, honored Ms. Horne for her long and glorious singing career and her continuing work as a teacher and promoter of young artists.
For her part, Ms. Horne said that she was delighted to be back in New Jersey. She said she remembered fondly the nine years she had spent in the state with the late Henry Lewis, who was then her husband, as well as the conductor and music director of the New Jersey Symphony Orchestra.
Today, however, the art scene is less hopeful than it was in the late ‘60s and ‘70s, when the couple lived in Orange.
”These are tough times for the arts,” observed Ms. Horne. Several American companies have recently closed down. “Opera is the most expensive of the art forms. We have to support it in every way we can,” urged Ms. Horne. “New Jersey needs an opera company.”
Her sentiments were echoed by many at the gala.
Si Marchand, who along with his wife, Phyllis, chaired the event, said that they have supported Opera New Jersey since its beginning because it helps nurtures and showcases emerging artists.
Louis Spagnoletti of Voorhees said that he and his wife, Joan, regularly attend the company’s performances. A lifelong lover of opera — and a big Marilyn Horne fan — he said they were thrilled to find a company in New Jersey.
Princeton-resident and Board of Trustees co-chair Lesley Wishnick declared that Marilyn Horne’s presence at the gala was a testament to “what a fine job Opera New Jersey has done.”
But perhaps Princeton resident Carolyn Hoyler summed up everyone’s feeling when she said simply, “We are so fortunate to have our own company.”
Charles Metcalf, chair of Opera New Jersey’s Board of Trustees, clearly thinks that the organization has much to be proud of. He said that last summer’s production of “The Barber of Seville” was the most highly attended of Opera New Jersey’s history and that “The Consul,” by Gian Carlo Menotti, was riveting.
He noted that the company will bring “Tosca” to McCarter Theatre Feb. 3 and to NJPAC in Newark on Feb. 12.
He added that an important element in the company’s success has been its partnership with the New Jersey Symphony, which accompanies all its performances. Not only does the arrangement save the company money, he said, “they get more playing dates, and we get an outstanding orchestra.”
In prepared remarks before dinner, General Director Richard Russell said that Opera New Jersey will finish the year “on budget and with a surplus.” The announcement was greeted with vigorous applause. He added that next year, the company will return to performing three operas during the summer, after cutting its schedule to two last year to stabilize the company’s finances.
Mr. Russell also announced that he is now forging a partnership with the State Theatre in New Brunswick. The theater will soon start projecting HD recordings of operas and ballets, performed world-class companies. Mr. Russell will host the opera series.
The company is continuing its partnership with the Springpoint Foundation to present concerts, open to the public, at senior living centers throughout the state.
After dinner, three young singers entertained the gala audience with a half-hour concert. All had been associated with the Marilyn Horne Foundation, which presents young singers in recitals throughout the country. (In May 2010, the foundation’s programs became part of Carnegie Hall’s Weill Music Institute.)
Baritone Keith Phares sang “Largo al factotum” from “The Barber of Seville,” as well as arias by Ravel and Korngold. He recently appeared with Opera New Jersey as Falke in “Die Fledermaus” and has sung with many major companies, including San Francisco Opera, the Metropolitan Opera, the Opera Company of Philadelphia, and Glimmerglass Opera.
Mezzo-soprano Rinat Shaham sang art songs by Richard Strauss and Poulenc, as well as “Habanera” from “Carmen.” She just performed the title role in that opera with The Opera Company of Philadelphia. As a recital artist she has sung with some of the world’s pre-eminent conductors.
Soprano Erica Strauss has sung with the Lyric Opera of Chicago, the Metropolitan Opera, and Sarasota Opera. Also a recital artist, she sang an aria from “Rusalka” as well as songs by Chaminade and Rossini.
All three singers joined in the trio “Soave sia il ventro” from Mozart’s “Cosi fan tutte.”
About 175 guests attended the “Celebrate Opera” Gala. Sponsors for the event included Judith NcCartin Scheide and William H. Scheide, Edward E. Matthews, Susan B. Rhoda, Mathematica Policy Research, Michael and Joyce Rappeport, Nancy and the Hon. Joseph Irenas, Mary Kay and Charles Metcalf, Jane and Victor Parsonnet, John and Rachel Salapatas, and Lesley and Ross Wishnick.