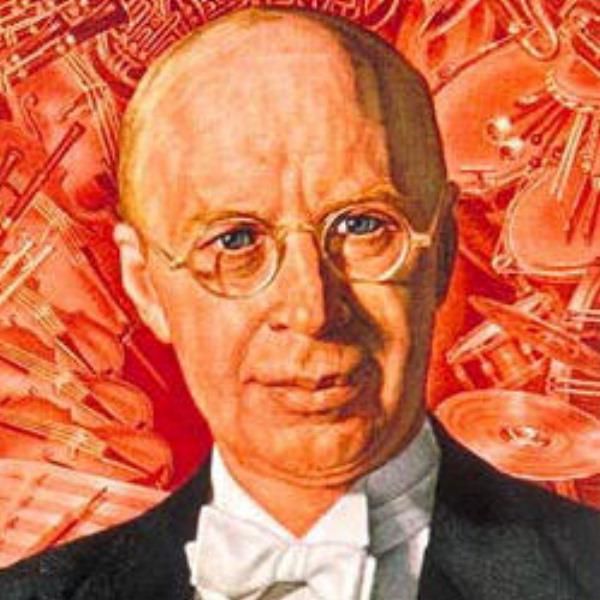 By Susan Van Dongen
In the first few weeks of February, there will be an essence of Russia in the air around Princeton, especially things pertaining to Russian music. It isn’t official, but there might just as well be a Russian Winter festival happening, with its epicenter at Princeton University.
Rossen Milanov, music director and conductor of the Princeton Symphony Orchestra, is pleased that the unofficial launching of the festivities will be the PSO’s “Simply Russian” concert at Richardson Auditorium, Feb. 5, featuring the music of Pyotr Tchaikovsky, Dmitri Shostakovich and, perhaps most centrally, Sergei Prokofiev.
The Feb. 5 concert opens with the Suite from Eugene Onegin by Prokofiev, which is incidental music composed for a never-before-performed dramatic staging of Alexander Pushkin’s novel-in-verse.
In a separate but related program presented by Princeton University on Feb. 9, also in Richardson Auditorium, the PSO will make history in a world-premiere performance of the banned theatrical and balletic dramatization of Pushkin’s literary masterpiece Eugene Onegin, complete with music composed by Prokofiev. The performance is a joint production with the University’s music, dance and Slavic studies departments.
On the same Feb. 9 program, there will be another Prokofiev premiere — a Bass Drum Concerto commissioned for this concert from Gabriel Prokofiev, who is the grandson of the famed 20th century composer, as well as a music presenter and critically acclaimed composer himself. The soloist for this most unusual piece will be British percussion virtuoso Joby Burgess.
”The larger context for the Onegin events is an international conference organized by Simon Morrison of Princeton’s Department of Music, ‘After the End of Music History,’ running Feb. 8-12,” according to the university. It celebrates the career of Richard Taruskin, one of America’s most prominent public intellectuals on musical matters, “whose path-breaking contributions to the history of Russian music make him the natural honoree of the Onegin premieres.” (For information on the conference, go to http://etcpanel.princeton.edu/music/).
”Simon Morrison is the person who is behind the project, and he is one of the world’s most respected scholars in Russian music,” Mr. Milanov says. “There will be people from all over the world coming, not only great musicians, but scholars and music critics, including Alex Ross of The New Yorker. Our joint project is a big part of that week of gatherings in Princeton, so it’s a privilege for the PSO to take part. Simon approached us and invited us to take part in this project about a year and a half ago, so we’ve been planning this for a long time.”
Headlining the “Simply Russian” concert is 27-year old cellist Joshua Roman, performing Tchaikovsky’s Variation on a Rococo Theme (1876), perhaps the closest thing the Russian composer wrote to a cello concerto.
”(Mr. Roman) is a wonderful, young, energetic cellist I met a few years ago, when he was the principal cellist for the Seattle Symphony Orchestra, and I was guest conducting there,” Mr. Milanov says. “He has since left the orchestra and focused on his own solo career, so we invited him to come and perform with us. This is his first time in Princeton.”
The Feb. 5 concert concludes with Symphony No. 5 in D Minor, by Shostakovich, a work that stood up to threats to brand the composer as “an enemy of the people” by the Soviet government. After several of his works had been denounced by Stalin as “decadent” and “degenerate,” Shostakovich embraced a more classical style when composing the Fifth Symphony, in an attempt to regain the dictator’s approval. Those in the know, however, heard subtle messages of defiance in the music.
”He’s really walking on a knife’s edge, so this is a very important piece,” Mr. Milanov says. “There’s a delicate line between what is obvious and what is hidden, and this is very typical of all the composers living under political repression in the Soviet Union. They had to develop a dual personality, creating things that sounded very acceptable to the political elite.
”Some might see (a work like this) as apologetic or compromising,” he continues. “On the other hand, to people who knew what was going on in the Soviet Union, people listening closely — the ‘opposition’ you might say — it’s even more meaningful, transmitting messages that not everyone can understand.”
The staging of Eugene Onegin included a script by Sigizmund Krzhizhanovsky, choreography and music, and was originally commissioned in 1936 by Soviet authorities to honor the centennial of Pushkin, one of Russia’s towering literary figures.
However, it was ultimately banned from performance by government officials, who increasingly censored artistic expression during the Stalinist regime. The script, along with directions for costumes, dance, and staging, disappeared into Russian archives. Prokofiev’s incidental music found a place in the classical repertoire, though it was performed on its own and stripped from its theatrical origins.
Mr. Milanov is energized by the overall idea that has united these projects, as well as lectures, chamber music and theatrical events taking place around the university.
”It’s an opportunity for us to celebrate the Russian tradition in one or another form,” he says. “Our concert is all-Russian music, and then there’s the collaboration with the university, and then all the other events, all these things. There’s a festival element that helps bring more depth to everything.”
The Princeton Symphony Orchestra, conducted by Rossen Milanov, performs the music of Prokofiev, Tchaikovsky and Shostakovich, with solo cellist Joshua Roman, at Richardson Auditorium in Alexander Hall, on the campus of Princeton University, Feb. 5, 4 p.m. Pre-concert talk at 3 p.m. Tickets cost $25-$68 and can be purchased at the auditorium’s box office, at Princeton.edu/utickets, or by calling (609) 497-0020. The PSO, in a joint project with Princeton University’s departments of music, dance, and Slavic studies, will present the world premiere of the complete ‘Eugene Onegin’ drama, at Richardson Auditorium, Feb. 9, 8 p.m. For ticket information, call (609) 258-5000. Princeton.edu/utickets. Princetonsymphony.org