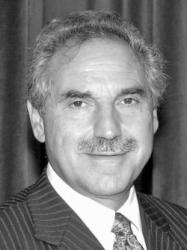 Joseph Ferraina A court-appointed arbitrator has recommended that a former Long Branch Public Schools employee be awarded $4.5 million to settle a sexual harassment lawsuit against the Long Branch Board of Education and former Superintendent of Schools Joseph Ferraina.

In a nonbinding ruling on Aug. 8, arbitrator Norman Peer, a former Superior Court judge, said plaintiff Adele Russo should be awarded the sum, with the liability split equally between the school board and Ferraina.

Because the ruling is nonbinding, Russo, the board or Ferraina could reject the arbitrator’s recommendation and file a motion within 30 days, sending the case to trial.

Gary Fox, attorney for Russo, declined to comment for this story.

Neither Board of Education attorney John Tratnyek nor Domenick Carmagnola, attorney for Ferraina, could be reached for comment. Ferraina served as superintendent from 1994 until his retirement in 2011. Russo was employed as Ferraina’s secretary from 2003 to 2010.

Russo’s attorney filed the lawsuit in the Civil Division of state Superior Court on May 16, 2011, two months after Ferraina retired. According to the civil complaint, the alleged sexual harassment began in 2004.

On June 14, a grand jury declined to bring criminal charges against Ferraina after the Monmouth County Prosecutor’s Office investigated the matter.