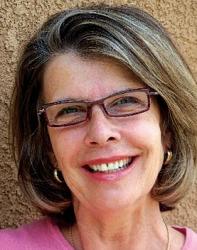 The matter of roundabouts continues to generate passion. I recently shared some of the positive comments about roundabouts that came after a column in which I expressed skepticism that the proliferation of roundabouts would accomplish every traffic-control miracle promised by the “experts.” After the roundabout proponents who got in touch with me were given their say, a wave of email from drivers less than fully enchanted with roundabouts arrived.

Here’s some of what that wave has to say:

“I experienced roundabouts in Sterling Heights, Mich., while living there and found them useful. A few years back, however, they constructed one near my neighborhood that it is lopsided. Yes, one side has more of a straight-away. If you’re not careful, someone can barrel into your car because they do not have to pay attention. So, roundabouts are only as good as they are designed.”

And another: “Some of the messy ones, involving more than one lane in each direction, take nerve to negotiate smoothly.”

And more: “Years ago I lived in Dallas. They had a roundabout on the west end of town that was big enough to fit three cars side by side. If you were unlucky enough to end up on the inside lane you might get stuck in there for an hour before you could get out. The city finally figured out that there were too many accidents in that thing and they got rid of it and went to a normal four-way stoplight. Thankfully.”

And this: “Most drivers don’t have sufficient concentration (what with the texting and personal grooming they’re doing behind the wheel these days) to maneuver through these circles properly and safely. It takes attention to the task, as well as willingness to abide by the yield laws rather than simply blasting in and out of them as fast as possible. Today’s drivers have neither.”

Finally: “As long as things are moving right, you can move traffic faster through a roundabout than through a stoplight. But if you get a couple of tentative drivers in the circle, or a wreck, which happens often, the tie-up and back-up is far worse that a stoplight accident.”

So there you have it. As with all matters, there are many ways of seeing things!