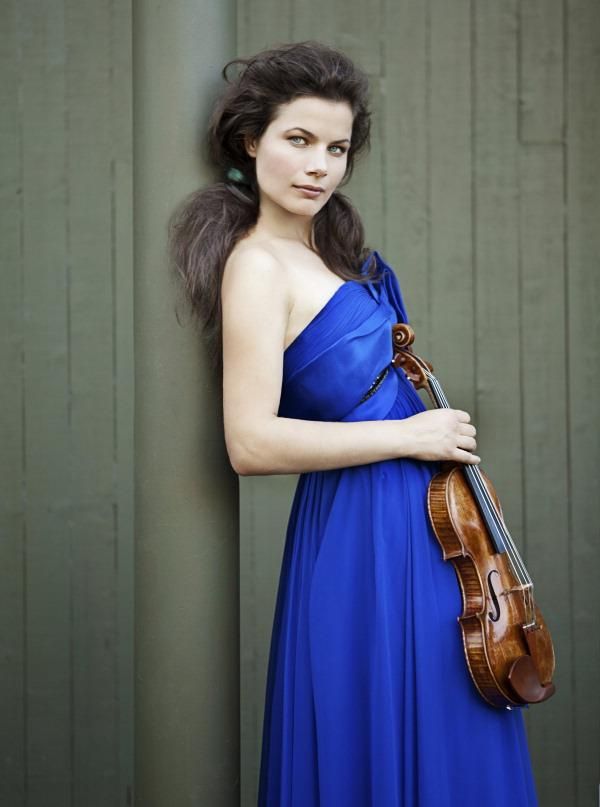 PSO to open new season with Bruch and Bruckner

By Anthony Stoeckert
PRINCETON Symphony Orchestra will be bringing new talent to the area during its new season of Classical Series concerts.
"For the first time in recent seasons, we are focusing entirely on younger soloists, in their 20s or early 30s, PSO Music Director Rossen Milanov says in a press release. "They’ve already made a splash on the classical music scene, and like their counterparts in the popular music world, their foothold onto stardom was already secure at a very young age."
He adds that the guest artists started their careers as teenagers, and now perform around the world. "Their artistry is very inspiring, energetic, yet still refined and very interesting," Mr. Milanov says. "They are modern young artists connecting with audiences through a strong social media following."
The first of those new performers is solo violinist Bella Hristova, who will perform during Princeton Symphony Orchestra’s first concert of the season, titled Romantic Imaginings, to be perfomed at Richardson Auditorim in Alexander Hall on the Princeton University campus, Sept. 28. Ms. Hristova will play Max Bruch’s Violin Concerto No. 1 in G Minor. The second portion of the program will feature Anton Bruckner’s Symphony No. 4 in E-flat Major, "Romantic."
"It’s a great piece that showcases the violin beautifully," Ms. Hristova says. "It has a lot of drama."
She also describes it as sweet and triumphant. The opening of the piece’s second movement also has a meaning to her, as it reminds her of a couple growing old together. Not that that was Bruch’s intent.
"I think that’s just me," Ms. Hristova says. "For some reason, that melody, there’s something in the harmony, that makes me think of that."
When asked if she often finds meanings in music she plays, Ms. Hristova says not always.
"That’s why this sort of image is so surprising, but I’ve always felt it," she says. "I don’t look for it, I look for music structure, but sometimes images will just come to me, and this one in particular."
She says she has played the piece often. "I learned it eight or nine years ago," she says. "That’s considered late for this piece." But she went a different route, playing more complicated pieces before she took on the Bruch.
"I never like to do things in order, I was playing much more complex (music)," she says.
She’s also excited to work with Mr. Rossen. They’ve known each other a long time because they both attended the Curtis Institue of Music in Philadelphia, have common friends in music and are both Hungarian. But this will mark the first time they work together, as Mr. Rossen will conduct the concert.
The concert is noteworthy because the performance of the "Romantic" symphony will be the first Bruckner PSO will play under Mr. Milanov’s leadership.
"(It’s) as close as it gets to a religious experience," Mr. Milanov says. "You feel completely cleansed, inspired; you feel an incredible humility of who you are."
The Princeton Symphony Orchestra will perform a concert titled Romantic Imagings at Richardson Auditorium in Alexander Hall on the campus of Princeton University, Sept. 28, 4 p.m. Tickets cost $30-$75; www.princetonsymphony.org