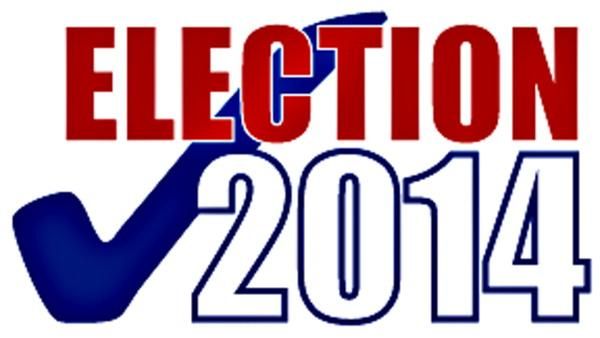 By Lea Kahn, Staff Writer
Township voters will go to the polls Tuesday to elect a U.S. Senator, a successor to retiring U.S. Rep. Rush Holt of the 12th Congressional District and an assortment of state and county lawmakers and office holders, plus three school board members.
There is no election for Township Council this year.
Voters will also be asked to vote on two statewide public questions that seek to amend the New Jersey Constitution. One amendment would allow a court to order pre-trial detention of a person in a criminal case, and the other amendment would dedicate certain state revenues each year for environmental programs.
And there is a non-binding question on that ballot that asks voters if they would support a 5-cent fee for each single-use, plastic disposable bag provided when shopping in grocery, drug and convenience stores in Mercer County.
The polling places will be open from 6 a.m. to 8 p.m.
At the top of the ticket, Democratic U.S. Sen. Cory Booker is facing competition from six candidates who would like to be the junior senator from New Jersey in the U.S. Senate — including Republican Party challenger Jeff Bell. The term is for six years.
The other candidates include Eugene Martin Lavergne of the D-R Party; Hank Schroeder of Economic Growth; Antonio N. Sabas of We Need More; Jeff Boss of NSA Did 911; and Joseph Baratelli of the Libertarian Party.
Seven candidates are seeking to replace U.S. Rep. Rush Holt, a Democrat, who is not seeking re-election to represent the 12th Congressional District. The nominees include Bonnie Watson Coleman, a Democrat who presently represents the 15th Legislative District in the New Jersey Assembly, and Republican Party candidate Alieta Eck.
The other candidates for the 12th Congressional District seat are Allen J. Cannon of the D-R Party; Steven Welzer of the Green Party; Don Dezarn of the Legalize Marijuana Party; Jack Freudenheim of Start the Conversation; and Kenneth J. Cody of Truth Vision Hope.
The term is for two years.
At the Mercer County level, voters will be asked to choose a sheriff and two members of the Mercer County Board of Chosen Freeholders.
Incumbent Mercer County Sheriff John A. "Jack" Kemler, a Democrat, is being challenged by Republican Party nominee David C. Jones. The term is for three years.
The race for Mercer County Freeholder pits incumbent Freeholders Lucylle R.S. Walter and John A. Cimino — both Democrats — against Republican Party challengers Bhanu "Sunny" Kirpalani and Andrew P. Curcio. Steven J. Uccio of the Libertarian Party also is running for one of the two seats. The term is for three years.
Finally, voters will be asked to choose from among four candidates to fill three seats on the Lawrence Township Board of Education. The candidates are not running as Democrats or Republicans, but as individuals. The election is non-partisan.
The candidates are incumbent school board member Dana Rachel Drake; Max Ramos; Glenn Collins; and Harriet W. Johnson. The term is for three years.
Registered voters who live in general election districts 2, 9 and 10 can cast their ballots at the Slackwood Firehouse on Slack Avenue, and voters who live in general election districts 3,6, 8 and 11 vote at the Lawrence Road Firehouse on Lawrence Road.
Voters who live in districts 1, 4, 7, 15 and 20 vote at the Lawrenceville Firehouse on Gordon Avenue, and those who live in district 5 vote at the Project Freedom clubhouse, off Princeton Avenue near the Brunswick Circle.
The Lawrence Senior Center is the polling place for voters in districts 12, 13, 14 and 19. The Lawrence Square Village clubhouse, off Quakerbridge Road, is the polling place for voters in district 16.
Voters in districts 17, 18 and 21 cast their ballots at the Lawrence Township Municipal Building on Route 206.