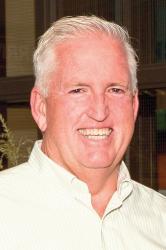 A lthough four candidates are on the ballot for two Metuchen Borough Council seats, only three are currently campaigning for the posts.

Incumbent Democratic Council President Jay Muldoon is seeking to hold on to his position on the council. His running mate, Reed Leibfried, looks to step up to the dais in the spot left open by Councilman Peter Cammarano, who has declined to run again after two terms.

Walter Zjawin, a Republican, is trying to bring some GOP representation to the council.

Fellow Republican contender Steven Shapiro dropped out of the race, but remains on the ballot because of timing issues. While he said his desire to serve hasn’t waned, his availability has, due to a new job that wouldn’t allow for the time necessary to serve as a council member.

Muldoon’s council run started in 2010, when he was appointed to fill a one-year unexpired term. He has served as council president since January 2013. 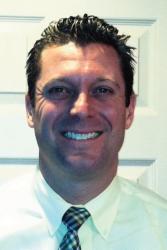 Reed Leibfried “I think I take a problem-solving sort of common-sense approach to the issues the council faces and the borough faces,” the 35-year Metuchen resident said.

“I think I worked pretty effectively to get that passed,” he said, adding that the policy takes into account the safety of all users of borough roadways. “I’ve been probably the biggest advocate for that, for taking steps to make Metuchen safer.”

Muldoon added that he played a major role in the Pearl Street Piazza project, from its inception to its nearing fruition.

“That’s going to be transformative for our downtown,” Muldoon said. 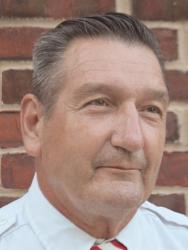 Walter Zjawin Leibfried, a current Planning Board member and former member of the Development Commission and Zoning Board, as well as a longtime Democratic Committee member, said his leadership skills would be an asset to the council.

“I want to do the best job I possibly can for the community that I love,” said the principal of Jersey City’s Bright Street Academy. “As a school administrator, it’s a natural transition.”

As part of Leibfried’s role, his qualities of being an open-minded, good listener have come in handy, and would also prove helpful as a councilman, according to the longtime Little League and soccer coach.

Leibfried noted that he and Muldoon held a recent Small Business Forum for Metuchen business owners.

“We’re trying to reach all the stakeholders in town … in trying to improve the borough of Metuchen,” he said.

Zjawin, a military veteran and retired U.S. Postal Service manager, spoke of his experience serving the country and in other areas of his life as a boon, if he is elected.

“I’ve been a leader all my life,” said the commander of American Legion Post 65.

Zjawin said his leadership through the American Legion extends from the local level to the county and state. He added that he also has taken on head roles in the Boy Scouts and as an athletic coach.

Pedestrian safety is at the forefront of many residents’ minds because of a number of accidents in recent years, with two resulting in fatalities.

Mayor Thomas Vahalla and the council have worked with the Police Department and other officials to make streets safer through the Complete Streets policy, equipping problematic crosswalks with flags and flashing lights, increasing enforcement, installing signs and providing educational seminars.

“It’s been the No. 1 issue for at least two years,” Muldoon said, adding that the borough has made good progress. “Going forward, I want to keep doing more of those efforts. … If we stop doing any of these things, we’re going to slide right back. We’re trying to change the culture, for drivers and for pedestrians.”

He added that plans include additional lighted and flagged crosswalks.

Leibfried said making Metuchen safer for walkers and bikers is one of the issues about which he is most passionate.

He stressed the role of enforcement, saying that, whether on foot or bicycle, a police officer stationed along Main Street could have a positive impact.

“I have been actively pursuing lowering speed limits on a number of our residential streets,” he added.

“I would rethink the traffic and roads in the town,” he said. “I would redevelop the [Middlesex] Greenway as a roadway from Amboy Avenue to South Plainfield, which would eliminate tractor-trailer and delivery-truck traffic on Central Avenue, Main Street and Route 27.”

He said that would also help to eliminate trucks striking the bridge over Main Street, which is an ongoing problem.

With approvals in place for the Pearl Street Piazza, a mixed-use residential and retail development, some residents have concerns that Main Street businesses could suffer in the wake of the new stores.

Muldoon said he sees it as just the opposite.

“It’s a sense of place that towns around us don’t have,” he said of Metuchen’s Main Street. “I think one of the things that’s been lacking has been, we don’t have an ‘anchor.’ ”

The public piazza that gives the Pearl Street project its name is an antidote to that lack, he said.

“That’s going to serve as an anchor, because that’s going to be a gathering place,” he said, adding that the Whole Foods store coming to Lake Avenue within the next few years will be another draw.

“It’s not Main Street versus Pearl Street versus Whole Foods,” Muldoon said, adding that all three aspects will make Metuchen more of a “destination.”

“I firmly believe that the Pearl Street development will only help the businesses on Main Street,” he said, adding that new residents will likely walk or bike to local businesses.

While praising Main Street, Leibfried said it could be made even better. Increasing the number of festivals and events along the thoroughfare would be one way to do that, he said.

“We need to constantly promote the borough,” he added.

He said that is an issue that needs addressing. With a strong school district, easy commute to Manhattan and volunteerism that is an “inspiration,” Metuchen is an “amazing” town, according to Leibfried.

“I think the biggest issue right now is getting the word out,” he said.

According to Zjawin, the borough’s lack of entry-level employment opportunities for young people needs fixing. One way to do that, he said, would be to ease regulations on businesses in the borough to attract more commerce.