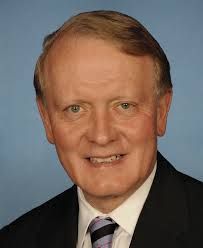 Congressman Leonard Lance (NJ-07) will hold a town hall meeting on Monday, Aug. 10, in Montgomery — his second this month dedicated to hearing constituent thoughts on the proposed nuclear agreement with Iran.
The meeting will be held from 5:45 to 7:15 p.m. in the courtroom of the Montgomery Municipal Building, 2261 Route 206, Belle Mead. The event is free and open to the public.
Mr. Lance will give an overview of the deal and his considerations as Congress begins to debate the proposed agreement. Mr. Lance, who chairs the Israel Caucus in the House of Representatives, has reviewed the text of the deal and participated in secret briefings on Capitol Hill.
Mr. Lance will devote the town hall to discussing the agreement, its effects on the safety of the American people, our allies and the national security interests of the United States.
Additionally, copies of the Iran nuclear agreement will be available. Constituents can read the agreement online by visiting lance.house.gov/iran-nuclear-deal. 