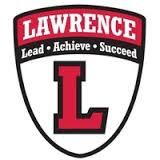 By James McEvoy, Special Writer
LAWRENCE — Despite reports of progress from district officials, parents, teachers and township residents remain concerned about the ongoing impasse between the Lawrence Township Education Association and the school board.
Board President Kevin Van Hise said at the board’s Aug. 12 meeting that the two sides met for more than 13 hours over two sessions in previous weeks.
“We had some very frank, very candid discussions and left, I thought, in a very good place. Certainly not settled yet … there’s certain issues that remain out there,” Mr. Van Hise said. “We’re working on it, and I think both sides are committed to resolving this. There’s just some issues that remain outstanding.”
The board and the LTEA, which represents the district’s school teachers, were in the process of scheduling their next meeting, Mr. Van Hise said. He declined to go into greater specifics, citing a confidentiality agreement between the board and the LTEA.
Business Administrator Thomas Eldridge, however, did speak to what he call “half-truths,” noting some teachers are experiencing less take home pay, but that could be due to a lack of retroactive pay that will be realized when a settlement is reached.
In addition, Mr. Eldridge said some teachers in certain brackets of the salary guide also receive less net pay than others due to salaries not being spread equally throughout the guide.
“This isn’t to say its right or wrong, it’s just the way it is. There’s no question they’re feeling that pinch,” he said, noting both sides agree to salary guides. “But it has a lot to do with the way salaries are distributed across the guide.”
Later in the meeting board members Max Ramos and Glenn Collins criticized payouts to retiring employees for unused sick and vacation time.
Mr. Collins said faculty and staff should be encouraged to utilize their vacation time during their tenures prior to their retirement.
“I’m not saying that they’re not entitled to some money, but if they took vacation time that they should take they wouldn’t put that back on the taxpayers,” Mr. Collins said.
The payments of approximately $120,000 to six outgoing employees were approved despite the two board members abstaining from the vote, with Mr. Ramos admitting the move was largely symbolic, as the payouts were contractually obligated.
“I understand that we’re contractually obligated to pay these amounts, but I can’t in good faith vote yes on this,” Mr. Ramos said. “I am of the opinion that we would better served leaving that money to or directed back to students.”
In the past three months, Mr. Ramos said, the board has approved approximately $250,000 in such payouts. 