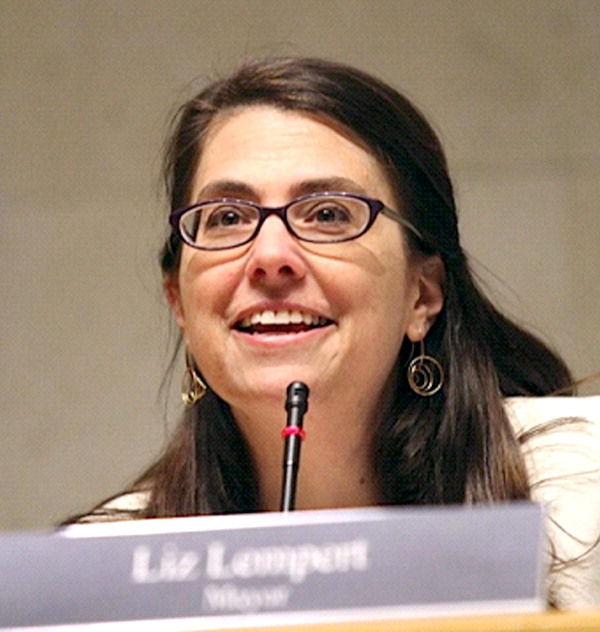 By Philip Sean Curran, Staff Writer
Mayor Liz Lempert became one of the highest profile Jewish politicians in the state to support the Obama administration’s nuclear deal with an Iran, an issue that has divided American Jews and is fiercely opposed by the Israeli government.
She joined Council President Bernard P. Miller, who also is Jewish, and four other councilmembers in signing an online petition, located at www.iranpeacepetition.com. Councilwoman Jenny Crumiller helped start the petition drive along with the help of others a few days ago.
Mayor Lempert said Tuesday that the situation in Iran has “no easy answers” or has a “perfect solution.” But she said she supported the president and diplomacy.
Mr. Miller said Monday that the agreement with Iran is the “best possible outcome that could be hoped for in the current situation.” He said a nuclear weapon in 10 to 15 years “is better than next year.”
For her part, Ms. Crummiler said supporting the deal is not appeasment but rather “a way to avoid war.”
In part, the petition says that “diplomatic negotiations with adversaries and mobilizing broad international coalitions of support can more durably resolve contentious issues than the threat or use of military force.”
“We believe the Joint Comprehensive Plan of Action is the best hope for stopping Iran’s nuclear program. We urge all members of New Jersey’s congressional delegation, in particular Sens. Robert Menendez and Cory Booker, to support the agreement.”
On Tuesday, Mr. Menendez announced that he was opposing the agreement.
Among the political notables signing the petition were Assemblyman Reed Gusciora (D-15), Councilman Lance Liverman and Councilwomen Jo S. Butler and Heather Howard.
Ms. Butler said Tuesday that she signed the petition because she preferred negotiations to war.