Pet owners should be proactive in protecting their pets before an emergency occurs by creating an action plan, preparing a to-go kit and visiting a new state website that provides tips about how to keep animals safe. FILE PHOTO Most residents know how to prepare for an emergency: have an escape route the entire family is aware of, keep supplies packed in an easily accessible backpack, make sure flashlights and radios have batteries.

The New Jersey Department of Agriculture has put forth a plan to protect animals as well in case of an emergency.

A recently launched website at www.animalemergency.nj.gov, is designed to provide members of the public with up-to-theminute information they would need to protect their pets and livestock in times of emergency via computer, smart phones or mobile tablet devices. 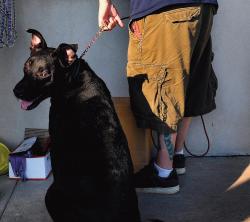 Pet owners should prepare a general emergency kit that includes gauze pads, antiseptic wipes, hydrogen peroxide, scissors, tweezers, a blanket, food and water in case a situation such as a hurricane or fire occurs. FILE PHOTO “New Jersey has faced many emergencies, both large and small, in the last several years, and we know that people feel very strongly about protecting their animals in those situations,” New Jersey Secretary of Agriculture Douglas H. Fisher said. “Our new website gives folks the resources they need to care for their animals in those trying times and also keep themselves safe in the process.” 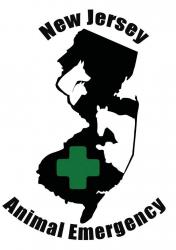 In the event of an emergency, a “ticker” will be visible on the home page displaying real-time messages. “We learned a lot from past disasters, such as superstorm Sandy, and we know that preparing ahead of time for such events will make things easier not only for animal owners but also first-responders,” said Dr. Manoel Tamassia, New Jersey state veterinarian. “We ask that everyone spread the word and bookmark this site on your home computers, tablets and smart phones.”

The website will also include information about each county’s County Animal Response Team (CART).

Volunteers with Middlesex CART assisted in caring for dogs and cats during Hurricane Irene in 2011, superstorm Sandy in 2012 and the massive warehouse fire in North Brunswick in July, according to the Middlesex County Department of Public Safety and Health, among other emergency situations.

“We know people’s pets are important to them,” said Middlesex County Freeholder H. James Polos, chairman of the county’s Public Safety and Health Committee. “Offering shelters to which people can bring their beloved pets gives them a sense of comfort in a time of chaos.”

As long as the pets are vaccinated and are not aggressive or sick, they can remain under the care of veterinarians, animal control officers, veterinary technicians and other animal professionals such as trainers or groomers for as long as the shelter is open, according to the department.

Since CART is a bureau under the county’s Office of Emergency Management, it can be deployed immediately regardless of the American Red Cross, officials said.

“Our residents’ safety and well-being is paramount in any emergency situation,” Middlesex County Freeholder Director Ronald G. Rios said. “Knowing that they can bring their pets with them will alleviate some anxiety and may allow people to evacuate to a shelter more quickly.”

CART is also prepared to respond to other emergencies besides sheltering, such as assisting with hoarding situations, animal rescues, transportation accidents involving animals, etc.

Another resource available to the technologically savvy is the American Society for the Prevention of Cruelty to Animals’ (ASPCA) mobile app to help pet owners be prepared.

With a few swipes, the user can access critical advice on what to do with pets before, during and after a major storm, receive a personalized pet recovery kit, build a lost pet digital flier that can be shared instantly on social media and receive the latest news on animal welfare.

The app is available in the App Store and Google Play.

However, prior to needing emergency resources, humans can protect their canine and feline counterparts by taking precautionary measures.

“Keep a detailed account of your pet. A pet journal that includes vaccines, emergency numbers, medications, etc., is a good way to ensure proper care of your pet with or without you. Make sure you keep it in an accessible place, in case you need it fast,” she said.

“Take a picture of you with your pet in case you are separated. You might need it for ID when visiting or for the return of your pet.

“Prepare for an emergency before any emergency by deciding where, when and what you will need before you need to do it.” she said.

Michael Azzarello, a credentialed veterinary technician and instructor of the Veterinary Assistant Program at Brookdale

“If owners are aware of an impending natural disaster, [they] should already have a pre-plan established on what they will do if they have to evacuate their residence. Locations that take pets, such as hotels, should already be included in your first aid kits.

“You should check your feed supply and make sure you have an ample amount to get your pets through the disaster and at least one week after. Many stores aren’t going to be open after a major disaster, and finding your pets’ food could be tough. You don’t want to cause more health issues by changing your dog’s food drastically and making them vomit or have diarrhea,” said Azzarello, who is also the owner of Life Training Associates of Old Bridge.

“Once the emergency is under control, an owner should restock the emergency kit, follow and complete their veterinarian’s recommendations, and learn from what had happened.”

It is also imperative for the pet owner to stay calm during an emergency situation.

“Although it is very hard to understand what our animals are thinking … my thoughts would be an animal’s biggest issue during an emergency is fear. They also can sense our feelings much better than we think. The more excited a person gets, the more stressed our pets could become.

“In addition, our normal, kind, loving pet could become aggressive during an emergency or, even worse, bite you or someone else that is trying to help. You should attempt to muzzle your pet during trauma or injury when attempting to give first aid. … If we think for a second about our animals’ ancestors, for instance the wolf, instinctively animals that are hurt are easy prey for a bigger predator. So, of course our pets are going to be scared when they are injured,” he said.

In order to minimize the stress of an emergency situation, Azzarello insisted that planning ahead is key.

“You don’t want to put yourself at risk trying to make last-minute arrangements or having to go out and get pet items because you didn’t plan ahead. Remember, in the end, you can’t help your pet if you get hurt or worse,” he said.