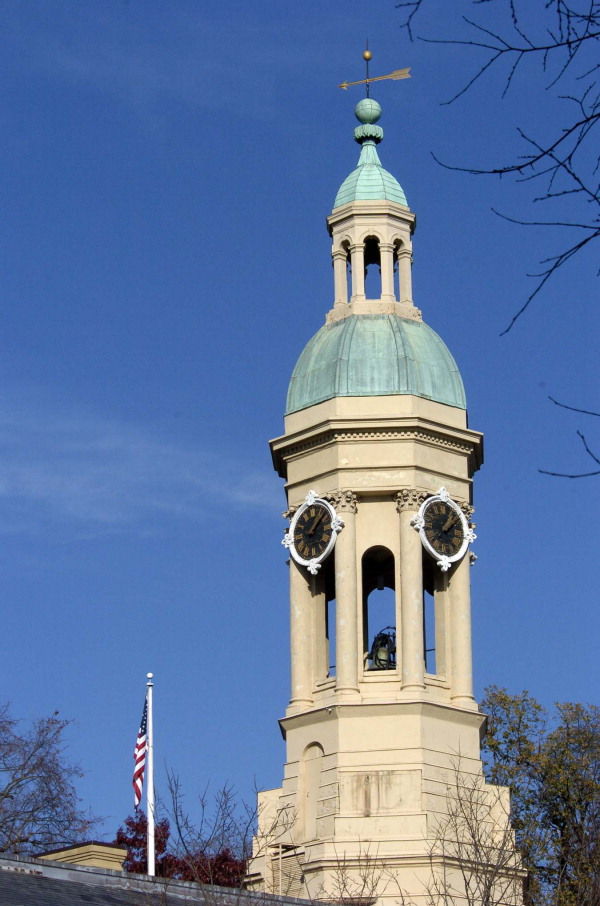 By Philip Sean Curran, Staff Writer
Princeton University announced this week that it was reversing a long-standing policy against allowing campus police to have weapons, a move the school said was unrelated to recent college shootings around the country.
Starting in the “months ahead,” sworn officers in the school’s Department of Public Safety would have access to rifles with real ammunition in two limited circumstances, the school said. The situation either would have to involve an active shooter or someone brandishing a gun, university vice president and secretary Robert K. Durkee said Wednesday.
The Mercer County Prosecutor’s Office said Wednesday that it had qualified the officers for firearms training, a process that took place over the summer at the prosecutor’s office gun range. Per an Attorney General’s guideline, the Princeton officers will have to go through that qualification two times a year — a requirement that applies to all police and sworn law enforcement around the state.
The public safety department is made up of 97 members, of which 32 are sworn police officers.
Those sworn officers will not carry the weapons on their persons but have access to them in their cars, the Prosecutor’s Office said. In doing so, it keeps in place some vestiges of the long-standing policy the school observed about not allowing officers to have firearms at all.
In the past, sworn officers have sought the ability to carry guns, a request that the school resisted. Mr. Durkee said the feeling has been the school enjoyed good working relationships with the then-two municipal police departments, now consolidated force, to respond in case of a shooting incident.
“The Princeton FOP Lodge #75 is pleased that University police officers will have access to rifles for response to situations involving an active shooter or someone brandishing a firearm,” said Martin Krzywicki, president of the officers’ union. “We support the University’s decision and would like to thank the University’s administration for their dedication to the safety of our community.”
Princeton became the seventh of the eight Ivy League schools to provide its security force with weapons. Columbia University is the lone holdout.
In the region, the College of New Jersey has an armed police department, while Rider University does not.
“The Rider University Public Safety Department does not have police powers and therefore, is unarmed,” Rider spokeswoman Kristine Brown said Wednesday. “We rely on our local police departments in Lawrenceville and Princeton to assist us when law enforcement services are needed.”
The decision to move Princeton in this direction originated with a recommendation by Paul Ominsky, director of its department of public safety, based on changes in best practices for dealing with gun-related emergencies. In the past, that best practice called for forming a perimeter around the gunman and then having someone confront the individual.
Now, the recommended protocol is to have the first responder on the scene confront the person right away, Mr. Durkee said.
Acting-Mercer County Prosecutor Angelo J. Onofri said Wednesday that the response time is critical in such situations. National statistics show that in past shooting incidents, someone gets shot on average at the rate of one per minute, he said.
This comes amid the backdrop of recent campus shootings in Oregon and Texas, and in the wake of the massacre at Virginia Tech and other mass shootings at schools around the country.
But Mr. Durkee said the recent campus shootings were unrelated to his school’s decision, one that has been under consideration for months.
“You can have all the best safety measures in place,” Mr. Durkee said, “and it doesn’t stop someone from showing up on your campus with a firearm.”
“I think that it’s a sad state of affairs that the university feels they need to take this step,” said Mayor Liz Lempert, who is married to a tenured university professor. She called it another reason why we need “stronger gun control laws.”
She said Police Chief Nicholas K. Sutter supported the school’s decision. He did not respond to messages seeking comment on Wednesday.
Mr. Ominsky said in an email Wednesday that officers would respond to incidents that occur within the jurisdiction of his department.
“This will apply only within Department of Public Safety jurisdiction,” he said. “There might be times when the Department of Public Safety would provide assistance to Princeton Police Department upon request.”
Mayor Lempert said she had asked Chief Sutter to contact the university about having the school make a presentation before the Princeton Council and answer questions about the policy change and how the community might be impacted.
It was not immediately known the last time, if ever, the school had a shooting on campus.