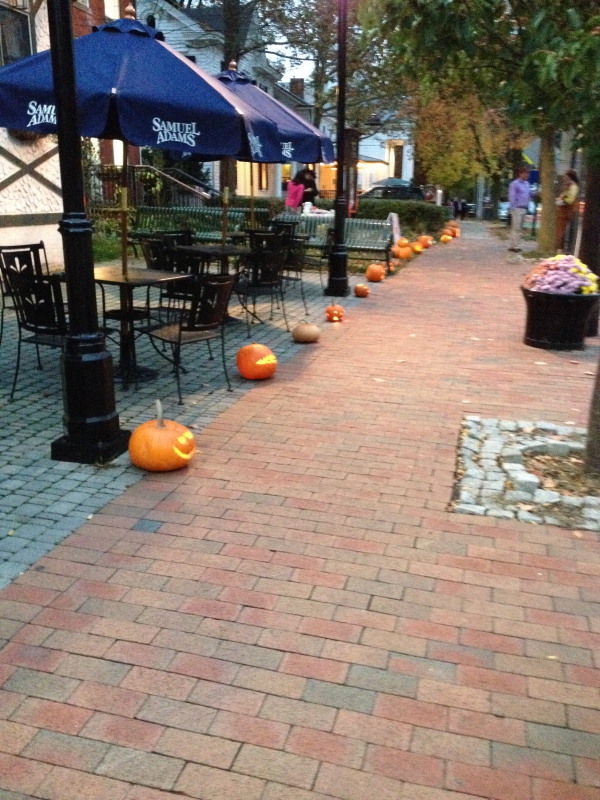 Hopewell Public Library will sponsor its third annual Pumpkins on Parade event on Friday, Oct. 30, (the night before Halloween). Everyone is invited to contribute a carved pumpkin, or come downtown and admire the show after dark.
Imagine a line of carved, flickering pumpkins stretching down East Broad Street in Hopewell. Townspeople and visitors stroll along the sidewalk, admiring the handiwork of their neighbors and proudly owning up to the jack ’o lantern they contributed.
Pumpkins can be dropped off at the library at 13 East Broad St. any time starting Thursday. They will be placed and lit by the Hopewell Boy Scouts starting at 5 p.m. Cider and candy will be available in front of the library for those strolling past the display.
There is no winner and there are no prizes. Pumpkins on Parade is a way for community members to indulge in Halloween creativity and see others’ works of art. The challenge this year is to line the block in front of the library on both sides of the street.