Skip to content
The Struggle
By CHRISTINE BARCIA
Staff Writer 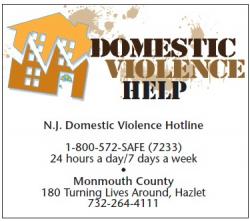 The power of the Internet recently played a critical part in domestic violence awareness.

A surveillance video that exposed an altercation turned physical between a professional football player and his then-fiancee was widely circulated in the media and caught the attention of domestic violence victims.

“The Ray Rice video unleashed a torrent of pain on the Internet. In the history of the battered women’s movement, I like to think there was a before the Ray Rice video and an after the Ray Rice video. The video release enabled survivors to push through the stigma of having been a domestic violence victim in favor of educating the public about the widespread prevalence and mythology surrounding intimate partner violence,” said Susan Scrupski, founder of Big Mountain Data, a data science solutions company that works to help in the fight against family abuse and violence.

On Sept. 8, 2014, surveillance video captured Rice, a professional football player who played collegiate football at Rutgers, dragging his then-fiancee, Janay Palmer, out of an elevator after knocking her out. The incident occurred in February of 2014 in an Atlantic City casino. The video was released and played repeatedly throughout media outlets.

On that same day, Beverly Gooden, a survivor of domestic violence, took to Twitter using the hashtag #WhyIStayed in the response to the video. While many questioned why Palmer stayed in the relationship, Gooden shifted the focus away from the victim and tweeted why she stayed in an abusive relationship. She set off a campaign for women to tell their story. She included tweets explaining how difficult it is to leave and that her pastor told her “God hates divorce.”

“Whenever there is a high-profile case of domestic violence or sexual assault, it brings public awareness to these issues,” said Anna Diaz-White, executive director of 180 Turning Lives Around Inc., the private Monmouth County nonprofit dedicated to ending domestic violence and sexual violence.

In addition to high-profile cases, local domestic violence deaths increase awareness too. “We see an influx of calls when there is a death in the community resulting from domestic violence,” said Sheila Fichtner, assistant executive director, Women Aware, New Brunswick. “Domestic violence crosses all socioeconomic, racial and ethnic groups – the wealthy and low-income; the educated and the uneducated,” Diaz-White said.

The National Coalition Against Domestic Violence (NCADV) states the following United States statistics: every nine seconds a woman is assaulted or beaten; on average, nearly 20 people per minute are physically abused by an intimate partner, which this equates to more than 10 million women and men; and one in three women and one in four men have been victims of [some form of] physical violence by an intimate partner within their lifetime.

The National Network To End Domestic Violence (NNEDV) conducts an annual census that documents the number of individuals who sought domestic violence services in a single 24-hour period. In New Jersey, on Sept. 10, 2014, NNEDV reported that 1,109 domestic violence victims were served: 495 (273 children and 222 adults) were given emergency shelter or transitional housing and 614 adults and children used services such as counseling, legal advocacy and children’s support groups. On that same day in New Jersey, 404 calls were made to domestic violence hotlines, that is 16 calls every hour. There were 65 unmet requests for services on this day, according to NNEDV. Of that amount, 42 percent, or 27, were for housing. Lack of resources and staff cause this inability to meet the needs of domestic violence victims.

The reporting of domestic violence varies from state to state, according to Ruth Glenn, executive director, National Coalition Against Domestic Violence, Denver, Colo.

“Reporting of domestic violence is different in each state. For that reason, trends are difficult to come by. Some states have better protective measures than other states,” Glenn said.

Jane Shivas of the New Jersey Coalition to End Domestic Violence, Trenton, said the more adverse experience a child has, the more likely the child is to have poor health and school problems.

“Once a person is removed from the situation, the person improves. When in a safe haven or place they can speak, they are able to identify that it is not their fault and can better establish problem solving skills,” Shivas said.

There is also a “strong connection” between domestic violence and child abuse, Shivas said.

“We help the abusive parent look at it (domestic violence) relative to its impact on the children,” Shivas said.

Peace: A Learned Solution (PALS) is one program Shivas named that uses creative arts therapies for children who have been exposed to domestic violence and their non-offending parent. According to the New Jersey Department of Children and Families, PALS focuses on therapeutic treatment and supportive services as children and their families heal from the effects of domestic violence.

Increased awareness about domestic violence has led to improvements in the outreach programs available to victims and survivors.

“In Monmouth County, there is a domestic violence liaison officer at every police department in the county. In addition, law enforcement volunteers meet with victims and children,” Diaz-White said.

“When I first began in 1981, shelter programs throughout the state did not exist. Now, there is at least one shelter in every county,” Shivas said.

Trying to make sure that the media in general names acts as domestic violence is another point that Shivas made.

Prevention, Shivas said, is one of the things her organization is working towards to reduce the incidence of domestic violence.

“Any kind of social change needs to be on multiple levels. So we are working with younger and younger children and giving them the skills and resources to reduce domestic violence. We want them to develop the ability to recognize an abusive relationship,” Shivas said.