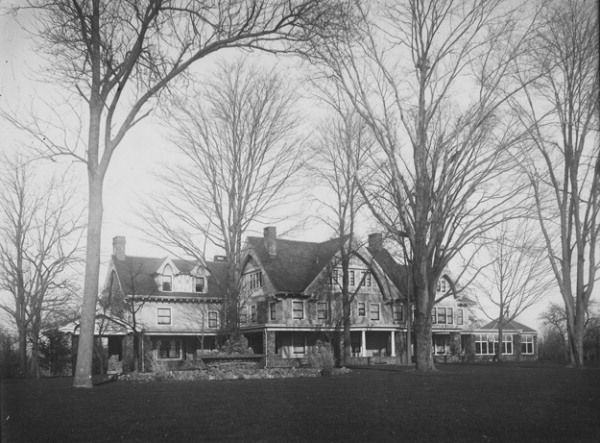 By Gene Robbins, Managing Editor
Objectors to the demolition of the Doris Duke’s residence on the 2,500-acre estate in northern Hillsborough will hold a symbolic birthday party on Sunday, Dec. 6, rain or shine, at 1 p.m. members for Doris Duke’s 103rd birthday at Duke Island Park, Oak Grove Pavilion, Bridgewater Township.
Ms. Duke was born on Nov. 22, 1912, and died on Oct. 28, 1993.
The organizers say the event will commemorate her philanthropic work, her love of her “hometown” Hillsborough and the legacy she created, said a press release from DORIS, an acronym for Demolition Of Residence Is Senseless.
The “birthday party” will feature a cake, an awards ceremony, a presentation of the value of preserving her residence, which is “threatened by the very foundation she set up to protect it.”
For the last four months, Duke Farms’ proposed demolition of the house has ignited a local — and even international — outcry. The 65,000-square-foot house, whose core dates back to the 1860s, was the home of tobacco empire builder James B. Duke and his daughter, Doris, who used her life of privilege to become a preservationist and philanthropist.
Duke Farms, which has converted the mansion property and more than 2,000 acres into an environmental preserve open free to the public, said it needed to remove the house to open that part of the property for public use and to be able to shift money to restore the Coach Barn and other properties on the estate.
The Duke Farms Foundation received permission Oct. 29 from the township Historic Preservation Commission’s to process a demolition permit.
DORIS filed an appeal with the township Board of Adjustment and the issue was on the zoning board’s agenda on Wednesday, Dec. 2.
DORIS and members of the community say they also plan to mourn the demise from the estate that she called her home.
Elisabeth McConville, who says she was Ms. Duke’s personal confidant and a 20-year employee, said, “Doris Duke was an ardent conservationist of historical buildings and she personally purchased more than 79 Federalist period houses in Newport, Rhode Island. She believed in protecting our heritage and she wanted her residence in Hillsborough preserved as can be evidence when she sought National Register Nomination in 1987.”
Ms. McConville added, “Doris Duke oversaw this nomination process and was clearly committed to preserving her own residence when the author of the nomination application. :It is her intention to maintain the entire estate in perpetuity,” she said.
Kim Hansen, a member of DORIS will also provide an award certificate, entitled, “The 2015 Doris Duke Historical Demolition Award,” that is satirically modeled after the Doris Duke Preservation Awards given each year to recognize individuals and organizations dedicated to doing good.
“But our award will recognize those who are not doing good,” she said.
DORIS is an entirely community-based volunteer organization focused on preserving Doris Duke’s main residence in Hillsborough. If you would like to become a member go to:DorisDuke1932@gmail.com and if you would like to donate to our legal defense fund, go to: https://www.gofundme.com/dorisdukemansion or send a check made payable to “DORIS” to 125 East Cliff Street, Somerville, N.J. 08876. 