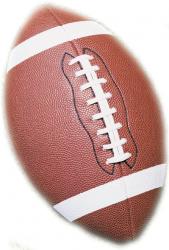 Shore Regional (11-0) is coming off a 20-13 success against Rumson-Fair Haven in the annual Thanksgiving Day encounter between the two teams. After a scoreless first half, the Blue Devils finally got on the board thanks to a 2-yard touchdown run by Matt Pennell in the third quarter. Paul Christopher’s 25-yard interception return upped the lead to 13-0 early in the fourth.

Rumson-Fair Haven (9-2) cut the lead in half when quarterback Michael O’Connor teamed up with Elijah McAllister for a 24- yard scoring pass. Shore Regional then got the insurance it needed when Jack Britton scored on a 48-yard run. O’Connor hooked up with Tyler Pierson for a 12-yard touchdown on the game’s final play.

Shore Regional’s Doug Goldsmith led all rushers with 117 yards on 21 carries, while Britton added 100 yards in eight tries. O’Connor led the Bulldogs with 108 yards on 23 attempts. He also completed 10 of 16 passes for 122 yards. “Our defense was very good in the first half; we held them to 20 yards,” Rumson-Fair Haven coach Bryan Batchler said. “Shore made some good adjustments in the second half. I certainly expected that we would play better, but Shore deserves the credit. They stopped our run, and we hurt ourselves with penalties.”

The two teams squared off for the first time on Thanksgiving last season and Shore Regional came away with a 13-0 win. Both teams then went on to win their respective championships. Shore Regional bested South Hunterdon Regional High School, 42-12, to win Central Jersey Group I, and the Bulldogs downed Delaware Valley Regional High School, 21-0, to take the Central Jersey, Group II crown.

“Since I’ve been here, we’ve lost six straight Thanksgiving Day games,” Batchler said. “Each time we went on to the sectional final, and we won three of them. So we’re hoping that continues.”

Shore Regional jumped out to a quick 14-0 lead against Florence Township Memorial High School in the state semifinals. The Blue Devils dominated throughout and won, 42-0. Pennell threw for two touchdowns and ran for a third. Britton and Mark Russo both scored on 30-plus yard runs, and Lukas Jackey closed out the scoring with a 2-yard run.

The Blue Devils will meet third-seeded Palmyra (10-1) in the finals at 4 p.m. at Kean University’s Alumni Stadium. The Panthers squeaked past Keyport High School, 35-34, in the semifinals and are coming off a 49-6 victory over Burlington

School, 24-13, in the Central Jersey, Group III semifinals Nov. 20. O’Connor threw for 120 yards and a pair of touchdowns, and Mike Ruane ran 2 yards for another touchdown. The Bulldogs carried a 14-0 lead into halftime and never really were in any trouble. Thomas Chapin chipped in with a 24-yard field goal.

The Green Wave took a 6-0 lead into halftime and appeared on the verge of shocking their hosts. That changed quickly as Red Bank Regional scored 21 successive points to open the third quarter and take control of the game.

“Our goal has been to keep everything in perspective and try and get better with each game,” said Giglio, whose team went 5-5 a year ago. “We’ve won some big games. Our guys are hungry, and that’s helped keep them focused.”

“They’re a very strong team,” Batchler said of Red Bank Regional. “We’re both good defensively. A lot will depend on which team can control the line of scrimmage. We need to be able to run the ball. Another key for us is to play well early and shake off the cobwebs from the Shore game.”