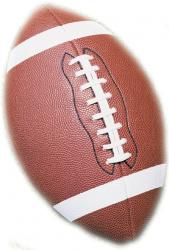 Unbeaten Middletown High School South has been the top football team throughout the season and will look to stay that way at 7 p.m. Dec. 5 at MetLife Stadium in East Rutherford as it searches for its sixth playoff championship — its first since 2006 — when it plays Phillipsburg High School, which has won the last two NJSIAA North Jersey, II, Group IV titles.

The Eagles carry an 11-0 record and their first Shore Conference A North Division championship since 2009 (17th overall) after dominating Middletown High School North, 39-16, on their home field on Thanksgiving Day. It was a fitting encore to Middletown South’s state semifinal playoff victory over the same Middletown North team, 41-14, Nov. 20. Middletown South leads the holiday series, 26-11-1, after its 15th straight victory over the Lions.

“They’re much like our program — a traditional program,” Antonucci said.

Middletown North coach Steve Bush said Middletown South is good on both sides of the ball.

“Their defense is excellent with good coverage and can run the ball well,” he said. “They’re big and strong up front, and the quarterback is efficient. They’re solid on special teams with a great kicker who can put you back in a hole.

“They’ve dominated everybody they’ve played. I’d be surprised if they don’t win this one.”

Phillipsburg (9-2) comes off a 26-0 loss to rival EastonHigh School, with its other loss being a 31-28 setback to undefeated Bridgewater-Raritan High School Sept. 18.

Middletown North, meanwhile, also had a chance to win a piece of the A North championship in the Thanksgiving game, but it fell behind big at halftime against Middletown South, 39-0, to end its best season since 2000 at 7-4. The Lions have some key losses to graduation, particularly Chad Freshnock, whom Bush called the best player on the team, and offensive tackle and defensive end Matt Dombrowski, who Bush said made a lot of big plays on defense as he was credited with nine sacks and 14 tackles for a loss.

Just like against Middletown North, Antonucci believes his Middletown South team must strike quickly behind senior quarterback Matt Mosquera, who threw a 62-yard touchdown pass to senior Tom Coffey on the first play of the Thanksgiving Day game, and senior running back Cole Rogers, who scored three touchdowns, as it has for most of the season. Middletown South outscored its opponents, 457-82. Rogers leads the way with 22 touchdowns and 1,431 yards rushing, despite missing one game with an injury, and James McCarthy has 15 touchdowns and 592 yards while capably stepping into the lead rushing role when Rogers was out.

Mosquera has thrown for 17 touchdowns and 1,075 yards on 75-for-131 passing. He’s been intercepted only seven times. Mosquera has been a reliable kicker for the second straight year as well, making 54 of 56 extra-point kicks and three of four field goals, with 47 yards as the longest. He also has kicked off 25 times, with 15 of them going for touchbacks, and averages 30 yards a punt.

Antonucci will rely on all three phases of the game in the Eagles’ return to a sectional championship game, losing to Jackson

“I thought our defense played well on Thanksgiving, almost the total opposite of [the previous game],” Antonucci said. “We caused havoc and put some pressure that we did not do [in the previous game]. We put their quarterback (Don Glenn) constantly under duress and didn’t let him sit in the pocket like he did in the other game, and it made it difficult for him to find receivers.”

Phillipsburg poses a different challenge, as it is heavily run-oriented.

“They’re like Manalapan in that they run first with a big line and two pretty good backs — a senior who gets most of the carries, but the junior who runs the ball with him is pretty good, too,” Antonucci said. “They run the football and pull it out when they catch you sleeping and try to beat you deep.”

With a senior-laden lineup that remains the same coming off the two games against Middletown North, Antonucci said consistency in all three phases is essential, led by Mosquera’s passing and kicking and Rogers’ running on offense.

Defensively, strong safety Maxx Imsho, a junior, moves up as linebacker and leads the Eagles with seven of their 18 interceptions. Defensive back Coffey has six. Spencer Pereless also has been solid in the defensive backfield as well as at wide receiver, where he has 15 receptions for 240 yards and two touchdowns, trailing only the 16 catches each by Coffey (for 326 yards and six touchdowns) and junior Samson Dube (for 291 yards and four touchdowns). Juniors McCarthy and Kevin Higgins and senior Dylan Rogers have anchored the defense at linebacker.

Also powering the offense has been the reliable blocking of tackles Tom Lopez and Bob Burke, a junior; guards Mike Wilson, a junior, and Adam Markmann, a sophomore; and center Joe Rutkowski.

Middletown North, meanwhile, finished with the most victories in 19 years after its second straight winning season and first state playoff victory since 2000.

Along with Freshnock and Dombrowski, other seniors are resourceful offensive tackles Cory Baliatico and Tyler Vivian; center Mike Hoverson; offensive guard Patrick Dowling; cornerback Demetrius Redway, who was out with an injury the last few games; and tight end/outside linebacker Josh Gomez, who caught 15 passes for 225 yards and a touchdown. Matt Harrison also served a number of roles as a utility player, and Jacob Dean contributed well at offensive guard.

“I’m real proud of our seniors who played a big part in getting this program turned around,” Bush said. “We accomplished a lot and want to be playing meaningful games at the end of the year.”

There is a good nucleus coming back, according to Bush, including junior linebacker Nick Kish, who again led the team with 118 tackles, including 63 solos and 55 assists.

“They’ve bought into the system and did everything asked of them. We have guys who are ready to step up and guys who have been playing a long time,” Bush said.

Glenn will head into his fourth season as a starter next fall after completing 59.7 percent of his passes (117-for-196) for 1,854 yards and 16 touchdowns. He had nine passes intercepted. Sophomore Connor Welsh filled in well when Freshnock was injured with a team-leading 739 yards rushing and nine touchdowns. He caught nine passes for 147 yards and three touchdowns.