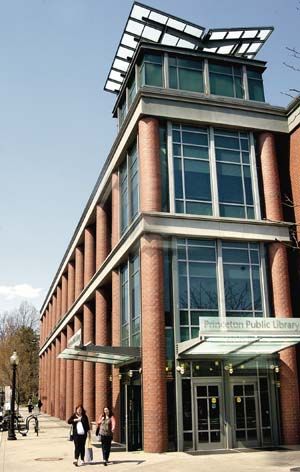 By Philip Sean Curran, Staff Writer
Princeton Public Library officials have changed their mind about asking the town for a $300,000 loan for renovating the second floor of the building, director Leslie Burger said Friday.
Ms. Burger said the decision was made in the middle of the week, due to what she called the way pledges are coming in and “other factors.” The news came as something of a surprise, given that town officials were expecting Ms. Burger to make that request during her scheduled appearance Monday before the Princeton Council.
The loan was to have been a bridge between the funds the library has and the pledges for the roughly $3-million-renovation that is due to start next year, sometime in late March, early April.
“We’re not going to ask the town for a loan,” Ms. Burger said by phone.
She said incoming library director Brett Bonfield, her replacement who is due to start in January, was not part of the decision.
This story will be updated as more information becomes available.