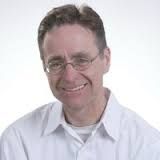 By Philip Sean Curran, Staff Writer
Former Princeton school board president Tim Quinn said Wednesday that he plans to run for council next year as a Democrat, the second candidate to enter the race.
“During my service on the Board of Education, many of you encouraged me to consider a council run and I think now is the time to explore another way I can give back to a town that has given so much to my family,” he wrote to supporters announcing his candidacy.
Mr. Quinn served on the school board for two terms beginning in 2008. There was speculation that he might jump into council politics, but he declined to run this year against incumbents Lance Liverman and Heather H. Howard.
In 2016, two seats on the six-member council will be up. Incumbent Jenny Crumiller has said she would run for re-election, while the other incumbent, Patrick Simon, is considering running for mayor against fellow Democrat Liz Lempert.
“I want to help build a stronger, more inclusive and sustainable Princeton, where difference is celebrated and where all share in an abundance of municipal services and opportunities,” said Mr. Quinn, who will run without a running mate. “In this stronger Princeton, newcomers will be embraced, and those, like me, who have lived here for a long time can continue to enjoy all our town has to offer.”
Mr. Quinn said it was a time for “new voices” to be heard on the council.
“I have great respect for all who serve their communities in any capacity, including the current members of council. In running, I seek to offer the voters of Princeton a choice, a different perspective on our community,” he said.
Mr. Quinn, the married father of one son, has lived in town for the past 25 years. He resides on Wilton Street, in the former borough.
Mr. Quinn, 58, majored in English at Trenton State College, now the College of New Jersey, where he earned his degree. He is a former journalist having worked at two newspapers, the Today’s Sunbeam in Salem County and the Trenton Times, starting out as a reporter and then working his way up to become an editor during a career spanning from 1981 to 1999.
He took time off to be a stay-at-home-dad for a year before he was hired in 2000 at the Princeton Public Library. He handles public relations.
In 2008, he won a seat on the board of education and won a second term three years later. Current school board president Andrea Spalla, who served with him for part of that time, on Thursday said he was a smart, good listener.
“I’m thrilled for him,” she said of his candidacy. She offered her comments about his running reflected her views, not those of the school board’s.
Mayor Lempert, who appointed Mr. Quinn to the Planning Board, said Wednesday that she was glad qualified people are interested in serving in the government. She stopped short of endorsing him.
“I’m going to be focused on my own campaign,” she said.