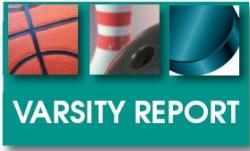 I t would have been impossible for last season’s St. Joseph High School of

All the Falcons did in 2013-14 was win the NJSIAA Tournament of Champions and, in the process, send four scholarship starters to the college ranks, including Karl- Anthony Towns, who spent a year at the University of Kentucky before joining the NBA’s Minnesota Timberwolves as the top overall draft choice.

As it was, St. Joe’s ended 2014-15 with a 21-5 record, including another Greater Middlesex Conference (GMC) Red Division title. Only one starter graduated from that team, Marcus Ashamole, and the addition of senior Tyus Battle (Syracuse University commit) to a rotation that is rich in talent and depth should make the Falcons a serious threat to duplicate what they did two seasons ago.

The architect of this formidable program is Dave Turco, who is in his 10th season as head coach. Turco will call on seniors Breein Tyree (University of Mississippi commit), Branislav Vujadinovic, Bryan Carley and Bryce Lane, as well as juniors Michael Granda and Xavier Townes. All are seasoned and understand what winning is about, but it’s the addition of Battle, who played at Gill St. Bernard’s School last year, that solidifies St. Joe’s chances of winning back the Tournament of Champions title. 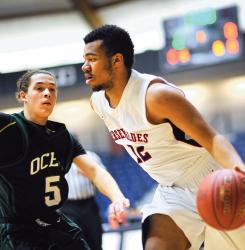 Last year is one the Metuchen High School boys basketball team would like to forget for a variety of reasons.

Shortly before the season began, reserve Conor McCadden succumbed to a terminal illness, and the team’s 7-17 record was simply the by-product of a program that never recovered from the shock of losing a teammate.

Unfortunately, the Bulldogs return only one starter, Danny Flaherty, so the job of improving on last year’s record will be difficult. The junior swingman averaged 5.7 points per game and will be looked upon as the main offensive threat. To compound the lack of experience issue, senior Evan Collier transferred out of the district.

Jensen’s immediate objectives are influenced by the lack of depth.

“We need to develop varsity-ready players and keep everybody healthy,” he said. “When you’re as young as we are, every opponent is going to be the favorite. If I was to pick a favorite in our division (GMC Blue), Spotswood stands out as a team who has played together for over three years.”

Bowling is a sport that gets an early start to the winter high school season. As a result, Edison High School’s boys and girls have already participated in matches and are each off to solid starts.

The Eagles’ girls are 4-1 after finishing 17-3-2 a year ago; however, Kayla Johnson, one of the top bowlers in the state, graduated, leaving a huge vacancy. However, a core of seasoned bowlers ensures Edison will continue its winning ways.

Senior Abby Buchany (160 average) will be the anchor and hopes to be a factor in the GMC Individual championships later in the season. She is joined by another senior, Stephanie Kawall, who looks to improve her 146 average.

Victoria Johnson, the only sophomore, is looking to improve her 142 average from last season. Samantha Osiadacz, Evelyn Peralta, Alyssa Augustine, Raagavi Maniannan and Andrea Martinez are freshmen new to the sport.

The boys (10-7-1 last year) are led by senior Tom Leone, who averaged 214 last year and finished runner-up in the GMC Individuals. He will be joined by junior Chris Maminskas, who averaged 161.

Sophomore Jason Smith, who specializes in two-handed bowling, returns with his 186 average and will be joined by Raleigh Gough, who averaged 148. A newcomer to the program is senior Philip Pagan, who has shown promise in practice matches.

Rounding out the roster are junior Matt Andrzejczak (140 average) and Jitarth Sheth (115 average), both of whom are working hard to break into the lineup. Freshman Spencer Heisler is new to the sport, and he is learning fast what he needs to do in order to succeed on the varsity team.

“This season, I’m fortunate to have Deana Loria as my assistant coach,” head coach Tracie Smith said. “She’s a former youth bowler and brings a lot of support to the program.”