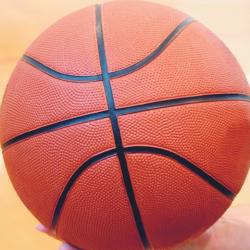 Armed with a full slate of returning players, the St. John Vianney High School girls’ basketball team, will embark on the new season with high expectations.

All of the Lancers who carried St. John Vianney to the NJSIAA Non-Public A title last season will be back in action. So a year after surging to the Tournament of Champions with no seniors on the varsity roster, the Lancers are stocked with experienced, talented players. It does not come as a surprise, then, that St. John Vianney is ranked by MaxPreps.com as the No. 1 team in New Jersey.

Still, a merciless schedule awaits. As in past seasons, the Lancers have penciled in as many powerhouses as they could fit in the regular-season calendar, strengthening a schedule that already includes games against the Shore Conference’s fiercely competitive A Central Division. The Lancers are well aware that the path to defending their state championship will be a rough one.

With that understanding, the Lancers believe they are up to the task. The Lancers will go to battle with a star-studded senior class that includes point guard Kelly Campbell, who is entering her fourth year as a starter. The DePaul University commit averaged 14.7 points last season.

Campbell will be joined in the backcourt by fellow seniors Kellie Crouch, Tina Lebron and Vanessa Pinho. Senior forwards Gigi Caponegro, Zoe Pero and Megan Furch, along with junior Kim Evans, will be part of a formidable frontcourt. The 6-foot- 3 Evans was second on the team in scoring a year ago.

The Lancers will benefit from a strong junior class that consists of Evans, Courtney Dobrzynski, Julia Ramos, Riley Kehoe and Abby Anderko. Freshman Sarah Karpell and sophomores Madison Doring and Sarah Furch will also contribute to a deep roster for the 2015-16 season.

“I’m excited that we not only have a lot of seniors, but juniors. We have a lot of experience back — many girls who have been through our program for two and three years,” Karpell said.

The number of veterans allows the ninth-year head coach to push the Lancers further than she did last season, focusing on more than just the fundamentals.

“I can get on them for the little things,” Karpell said. “We know that we are going to be heavy favorites on most nights. We want to make sure that we take advantage of mismatches.”

St. John Vianney will be thrown right into the fire. The quest for another state crown begins on the road Dec. 19 in a showcase against Matawan Regional High School. The opener will be followed by a divisional game at home vs. Rumson-Fair Haven Regional High School Dec. 21. Tipoff is scheduled for 6:30 p.m.

The Lancers will then travel to Orlando, Florida, to face elite teams from around the country at the KSA Holiday Basketball Tournament after Christmas.

From the gym at St. John Vianney to Walt Disney World’s ESPN Wide World of Sports Complex, the Lancers do not expect any breathing room to start the new season. Their January schedule includes Christ the King High School, Eastside High School (Paterson), Gill St. Bernard’s School and Manasquan High School — one of the team’s strongest A Central opponents. The first matchup of the season between St. John Vianney and Manasquan will come Jan. 8.

“We’re going to get challenged early on. With such a veteran group, we set things up to challenge ourselves,” Karpell said. “We’re going to play some of the top-tier teams in the state when we get back from Orlando.”

The Lancers drew up their daunting schedule in order to be 100 percent ready for the postseason. After all, St. John Vianney has a big goal in mind: back-to-back state championships.