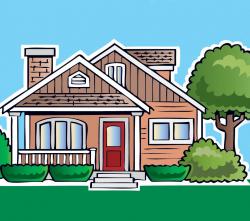 Every year, property owners file tax appeals in droves in the hopes of lowering their assessed value and paying less in property taxes.

However, doing so can be an expensive proposition, as many are compelled to hire an attorney and an appraisal company with no guarantee of victory.

Patrick De Luca, a long-time Long Branch resident, filed an unsuccessful tax appeal for his Ocean Avenue home in 2009 and plans to do so again in 2016. “I went through a lawyer, and at the time I had no problem,” De Luca said. “This year I was approached again [by an attorney] and I am going to do the process again.

De Luca, like many property owners, said prior to filing the 2009 appeal he did not know much about the tax appeal process.

According to the Middlesex County Tax Board, in order for an application to be acceptable, the property owner must provide between three and five comparable sales in the municipality, and all taxes and municipal charges must be current.

Franklin Colon, tax assessor for East Brunswick, said he often guides taxpayers through the process by providing them with data to help determine whether they were assessed correctly.

“A lot of taxpayers come in and, once we give them the books, a lot of them know where they should be,” Colon said. “Really what you are looking for is comparable sales, and that is the basis.

“You can come in and take a look at the data. Come in, talk to the tax assessor and see if you are assessed correctly.”

Colon also said the tax assessors are afforded a 15-percent leeway in either direction on an assessment, meaning a successful appeal must show that the assessment was incorrect by more than 15 percent of the value.

However, even when an application is accepted, tax appeal attorney Michael Mirne, of Ocean Township, said the odds favor the municipality.

“It is not a very difficult process to file, but winning a tax appeal very often requires an appraisal, and the town is afforded the presumption of correctness,” Mirne said. “The assessor does not need to prove his case; it’s the taxpayer needs to be the one to prove the assessment is wrong.

“And very often it is the difference between knowing the tax assessment is wrong and being able to prove it.”

According to Mirne, most property owners do not understand how the tax appeal process works, often comparing assessments to prior years or to neighbors’ assessments, which he said was irrelevant.

“The only thing that matters is whether their assessment exceeds the current value of their property,” he said. “People have a lot of misconceptions about tax appeals, and I have to spend a lot of time explaining these things.

The process for filing tax appeals has improved in recent years, as Monmouth is one of four counties that allow property owners to file tax appeals online.

Matthew Clark, Monmouth County tax administrator, said switching to an electronic system has benefited both the county and property owners.

“For us it has increased accuracy and it is a very transparent and green process,” Clark said, adding that under the manual system at least three copies of the appeal would need to be made.

Clark said along with being able to file appeals online, taxpayers can also view public records for assessments online, which will allow for more information when making a decision.

Clark said the aim of property assessment is to create assessments as close to equal of market values as possible.

“Everything that the tax board is doing is creating a fair mechanism for the distribution of the levy,” he said. “And if we can get the individual assessments correct out of the gate, then all the situations that follow like appeals should be lessened to a great degree.”

According to Clark, in 2015 6,063 property owners in Monmouth County filed tax appeals, which is 2.4 percent of the overall properties, and 62 percent were successful.

Property owners assessed at more than $1 million also have the option to file their appeal directly with the New Jersey Tax Board. However, Mirne said the state is currently backlogged with about 60,000 appeals waiting to be heard.

Mirne also said filing an appeal could be an expensive proposition as an appraisal report could cost at least $600 for a residential property and more than $1,000 for a commercial property.

Mirne also said there are some cases in which a property may be over-assessed but not enough to warrant a tax appeal.

“There is a lot of people who call me every day and tell me they are over-assessed, and I say ‘you might have a case but I’m not going to file because it is just too small for us to get involved in,’” he said. “We need to really be able to save the taxpayer at least $60,000 off their assessment for it to make sense for our firm to take the case.

“If you do need an appraiser, you better make sure you’ll be going to come out saving money because you might end up losing money by the time you pay the appraiser.”

However, Clark said because of the uncertainty of property taxes from year to year the most important thing the property owner should weigh is whether or not the assessment is correct.

“The difficulty about that entire discussion is that you are only estimating what the future tax bill will be, and the system is actually set up where you are not supposed to be weighing what the actual tax impact would be,” he said.

“As a tax administrator I am very careful not to speak on a tax impact because all that we can do is only speak to the assessment and its accuracy.”

According to Clark, there are no patterns as to whether a property owner on the high end or low end of the market is more likely to file an appeal.

“I think it is across the spectrum and town-dependent,” he said.

Currently, municipalities in Monmouth and Middlesex counties are under different systems in assessing properties.

Since 2012 Monmouth County has been assessing properties under the Real Property Assessment Demonstration Program.

Under the program, costly town-wide revaluations, which are normally carried out every 10 years, are replaced with an annual inspection of 20 percent of properties and a town-wide readjustment based on sales data.

In Middlesex County, municipalities only conduct revaluations about every 10 years.

Wayne Hamilton, business administrator for Monroe Township, said approximately 1,000 property owners filed appeals per year from 2010 and 2014 before Monroe conducted a township-wide revaluation, which cost the township about $1.5 million. The revaluation was conducted in 2013 and took effect in 2014 in Monroe.

“We went through a very trying period where we had thousands of tax appeals prior to the revaluation,” he said. “Most of those were successful appeals, and since we did the revaluation, the number of appeals has gone way down.

“You are probably looking at, in terms of loss of revenue to the municipality, about $15.5 million as a result of those successful tax appeals.”

Colon said the number of appeals filed year to year is directly related to the condition of the housing market.

“Early 2000’s there weren’t many tax appeals at all because the market was stable,” he said. “Then we had the increase in the market and then the market had tanked in 2008, and that generated the tax appeals.”