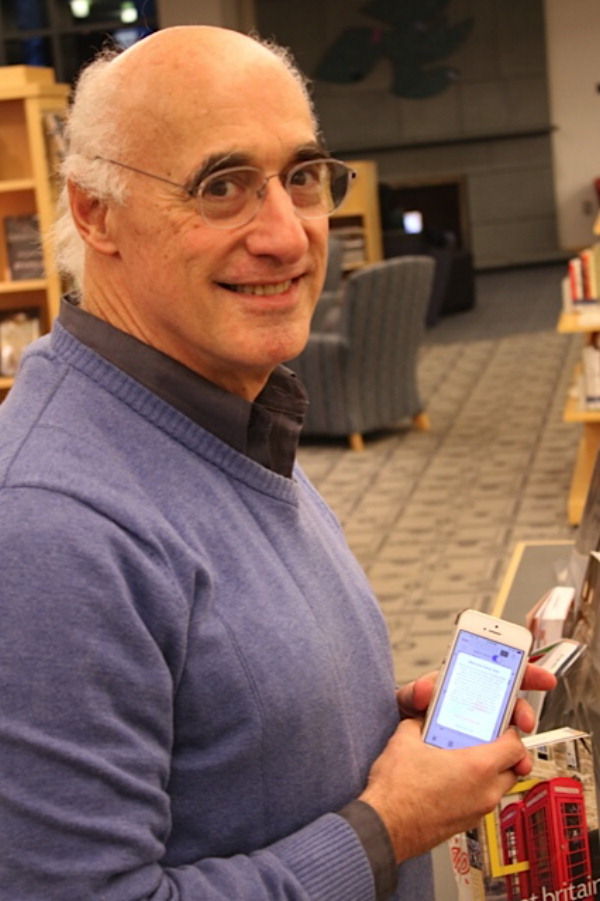 By Philip Sean Curran, Staff Writer
By his own admission, Peter B. Kramer has a restless mind, one that led him to use the Internet to get more cars off the streets of Princeton.
The retiree, who develops apps in his free time, has created one to get commuters to share their ride to work into and out of town. His car pooling app, so far only available for iPhone users, enables them to find and connect with people who live in the same town or near them and arrange when and where they want to be picked up in the morning and then again in the evening.
His app, called carpooling:princetonrideshare, went live in November, although it has garnered little publicity with only 24 users. Its success will depend on getting lots more people to use the app to find fellow commuters who either have compatible work schedules or live within in close enough proximity of each other.
Mr. Kramer said his aim is to have fewer people driving into town alone and thereby reduce the amount of traffic congestion. He said he’d like to see 1,000 people come up with carpool matches.
Princeton might be a small town, but it has a big traffic problem. A report done last year for the local think tank Princeton Future found that Princeton has 23,616 commuters travelling into town daily, with 71 percent of them driving alone. The remaining 29 percent use some other means of transportation; only a small number of them carpooling.
To Mr. Kramer, those numbers need to change.
“That’s an unused asset that Princeton has, it’s called the passenger seat,” he said.
For commuters, the economic pluses of ridesharing are clear, Mr. Kramer said. They save on gas and the wear and tear on their vehicles by leaving them home rather than fighting traffic on Route 1, Route 206 or some other route into Princeton every day. To him, though, the main benefit is the effect it has for the rest of the community.
“The biggest advantage to carpooling is it will dramatically reduce traffic jams coming into Princeton for everybody,” he said.
Mr. Kramer, 67, a Yonkers, New York native, has a doctorate in physics and taught at Williams College for a few years. He eventually gravitated toward the private sector, and has lived in Princeton since 1987.
After retirement, he started looking for a hobby, so he turned his hand to programming iPhone apps — an experience he called a return to his youth.
“I found myself writing programs all night long, pulling all-nighters, which I hadn’t done for 30 years,” he said. “I’m an amateur programmer, getting pretty good at it, but I’m still really an amateur programmer.”
In June, Mr. Kramer went to the Princeton Public Library for a meeting of Code for Princeton, a group of techies that brought people of like interests together for a “hackathon.”
He and two other men who went to the event came up with a sketch for a car pool app, although Mr. Kramer worked over the summer to program it. Relying on Apple’s programming system, he created his latest app.
Mr. Kramer said he realizes that not everyone can take advantage of sharing a ride to work.
“There are all kinds of people who can’t carpool,” he said. Still, there is “a large group of people who could carpool.”
“Carpooling needs people,” he said. “It would solve the traffic problem of coming into Princeton.” 