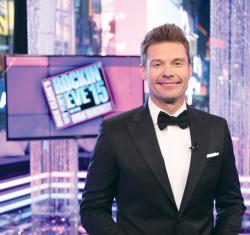 Ryan Seacrest ABC/LOU ROCCO Global super-group One Direction returns to headline the Billboard Hollywood Party on “Dick Clark’s New Year’s Rockin’ Eve with Ryan Seacrest 2016” beginning Thursday, Dec. 31, at 8 p.m. on ABC and broadcasting non-stop until 2:13 a.m.. One Direction will perform three songs throughout the show during a bi-coastal celebration. They join Carrie Underwood, who will be performing for over 1 million fans in Times Square moments before the ball drops. With over 38 performances and 5 ½ hours of music, this is America’s biggest celebration of the year.

Author Michael Pollan’s global journey to rediscover the pleasures of healthy food will be shared with us when PBS premieres “In Defense of Food” on Wednesday, Dec. 30, from 9 to 11 p.m. (check your local listings). Busting myths and misconceptions, “In Defense of Food” reveals how common sense and

old-fashioned wisdom can help rediscover the pleasures of eating and at the same time reduce our risks of falling victim to diet-related diseases.

In January 2016, ABC Family will be renamed Freeform. On Tuesday, Jan. 12, the network will premiere its new series “Shadowhunters” at 9 p.m. One young woman realizes how dark the city can really be when she learns the truth about her past in the first episode. “Shadowhunters” is based on the bestselling young adult fantasy book series “The Mortal Instruments” by Cassandra Clare, and follows Clary Fray, who comes from a long line of Shadowhunters — humanangel hybrids who hunt down demons.