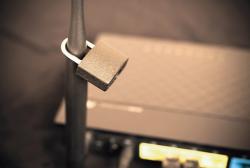 Cyber security is a growing add-on to home insurance policies If burglars break in, steal valuables and do damage to your home, a homeowner or renter’s insurance policy usually will cover some or all of the loss.

Recently, some of the biggest thefts experienced by homeowners insured by Pure haven’t shown any visible signs of a break-in, says Mark Galante, spokesman for the White Plains, New York-based insurer that specializes in high-end homes.

“We had one homeowner whose computer was hacked. The criminals got into the owner’s emails and were able to imitate his correspondence,” Galante says.

The cyber thieves then sent email to the owner’s personal assistant asking to transfer funds, and a significant amount of money was fraudulently obtained, Galante explains.

Knowing that others could be similarly vulnerable, Pure decided to offer audits of home Internet networks by a third-party firm for an extra fee added on to policy premiums.

In the mainstream, identity theft protection typically is an endorsement, or extra that a client can request added to homeowner’s or renter’s insurance policies, typically costing $25 to $50 annually, says Hackett.

“Only the very busy should consider it,” believes Robert Hunter, an insurance expert with the Consumer Federation of America. But anyone who does want the protection should “read the coverage carefully,” he adds, to ensure that the extra premium is worth the protection.

Perhaps the best protection is prevention. The U.S. Dept. of Homeland Security offers tips at http://www.dhs.gov/StopThinkConnect.