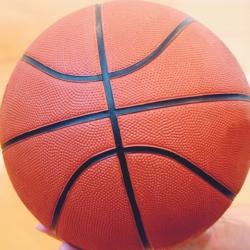 The Rumson-Fair Haven Regional High School girls’ basketball team was thrown into the frying pan to start the season, going winless through its first four games. Still, the Bulldogs believe they have the talent to climb up the ranks.

To open the season, Rumson-Fair Haven had to square off Dec. 18 with Manasquan High School, last season’s NJSIAA Tournament of Champions winner and the team that knocked out the Bulldogs in the Central Jersey Group II finals. The Bulldogs made it a dogfight and lost by a mere six points, 50-44.

The Bulldogs traveled to St. John Vianney High School three days later to face the defending Non-Public A state champions. It proved to be another difficult day on the court for Rumson-Fair Haven, as the veteran Lancers pulled away for a 59-48 win.

Then it was off to the Mount St. Dominic Holiday Basketball Festival Dec. 26, where the Bulldogs ran into more trouble. The round-robin tournament started with a defeat at the hands of Rutgers Preparatory School, 50-41. Gill St. Bernard’s School survived a late comeback by the Bulldogs in a 47-43 game Dec. 27.

The four-game losing streak is not what the Bulldogs expected.

“They’re disappointed, but they know we have a lot of games to play,” head coach George Sourlis said at the onset of the Mount St. Dominic event.

In the close contest against Gill St. Bernard’s, the Bulldogs certainly saw reasons to be optimistic that things will improve. Rumson-Fair Haven showed off its sharp-shooting skills late in the game, coupled with an impressive defensive effort that held Gill St. Bernard’s to 12 points in the second half.

The Bulldogs fell behind by 17 points in the second quarter — the biggest deficit of the afternoon — but they had all of the momentum coming out of halftime. The Bulldogs surged back into the game with a 16-4 run fueled by four 3-pointers, two of which came from senior Sydney Sabino.

The Bulldogs sought to take control of the game as the clock neared the seven-minute mark. Senior Nicole Morris connected on her second 3- pointer of the game, putting the Bulldogs in front.

Gill St. Bernard’s rallied back with a 3-pointer of its own and held onto the slim lead until the final buzzer.

The Bulldogs can count on their defense improving even more as the season moves forward, Sourlis said. He also sees the team’s ability to share the basketball as a key asset.

“I have emphasized the point that every possession counts. If we can get more consistent and we play as hard as we can for every possession, our talent is good enough to win,” Sourlis said. “This group is motivated and focused.”

The Bulldogs benefit from having experienced seniors in Stephanie Lesko, Madison Maguire and Lindsey Morris, as well as Sabino and Nicole Morris.

Rumson-Fair Haven also has a strong junior class that includes Hannah Scanlan and Megan Volker, who had seven points and four rebounds against Gill St. Bernard’s. Scanlan led the Bulldogs that day with 11 points.

“We have a really good mix. The seniors have been terrific on and off the court, and the younger girls understand that they have to follow their lead if they want to win,” Sourlis said.

The longtime coach remains confident that Rumson-Fair Haven can build on what it accomplished a year ago. The Bulldogs made an appearance in the Shore Conference Tournament quarterfinals and lost a hard-fought battle to Manasquan, which suffered just two losses all season, in the sectional championship.

“We have to play more consistent for 32 minutes to beat the kind of opponents we’ve been dealing with,” Sourlis said. “By no means am I disappointed in them. Championships are not won in December.”