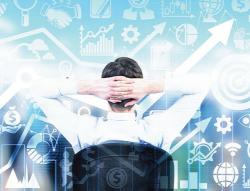 If you’re thinking of buying or selling, chances are you’ll select your real estate agent based upon a name referred from a friend, neighbor or relative.

Referrals are the No. 1 way both first-time and repeat buyers and sellers settle on an agent, according to surveys from the National Association of Realtors.

But when a specific agent is recommended, should the name of the realty firm he’s affiliated with also matter?

The agent who worked out well for a trusted friend or relative may likely be associated with a new firm now. In a 2015 survey of its members, the NAR found that 30 percent were with their present firm for one year or less, compared to 18 percent in 2014.

Some newly affiliated are brand new to the profession, but doubtless many have switched firms, acknowledges Maggie Kasperski, a spokeswoman for the NAR.

“One thing sellers should ask about is whether the brokerage has a strong web presence so that their home is easy to find,” advises Angie Lotz, of RE/MAX All Pro in Bloomingdale, Ill., noting that many buyers shop the Internet vigorously.

Firms will differ in their offerings of search technology, too. For instance, buyers glued to their smartphone should put a priority on whether an app is available giving “real-time information,” says Cindy Soderstrom of RE/MAX Signature Homes in Hinsdale, Ill. Also, the commission charged a seller can be influenced by a brokerage’s policy, adds Erika Villegas, broker-associate with ERA Mi Casa in Chicago.