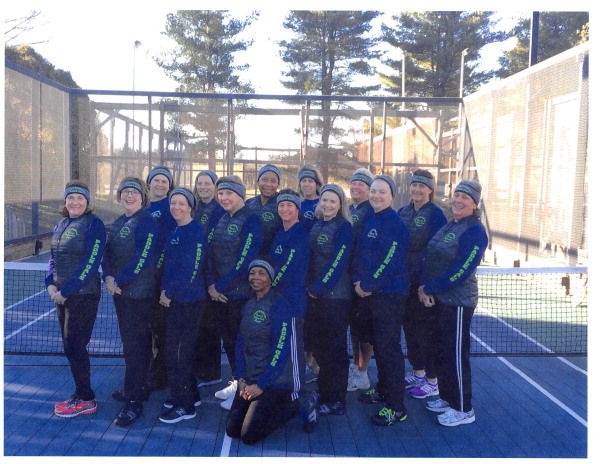 The Platform Tennis in Princeton began 40 years ago with two courts. As the demand grew the program added two more courts. In the early days there were Men’s, Women’s and Mixed Doubles Leagues.
Now Platform Tennis is on the move again with the Men’s Leagues, A and B Divisions and the Women’s Round Robin League. The program offers free “Refresher” clinics in early October that are designed for both newcomers to the sport as well as veteran players and is administered by Jessica Fisher, PPTA Coach who volunteers to run these clinics for the Princeton Recreation Department.
The Women’s Round Robin League is comprised of retirees and professional women who come together every Wednesday morning at 9 a.m. to enjoy the sport and have lots of fun.
This season the program is celebrating two women who are faithfully a part of the Women’s League, Ruth Sayer and Patti McCarthy.
“I have been playing paddle for almost 30 years,” Sayer said. “I love having an outdoor activity in the cold weather and the excitement of the points. Since I started playing at the Community Park courts 10 to 12 years ago, I have met so many interesting people who I would not have known otherwise.”
Added McCarthy: “I love playing paddle at the Community Park Courts and have been for the last 10 years with the Women’s Round Robin. The women are terrific and I love the relaxed atmosphere with this group. We have fun and lots of laughs, plus we get a great workout outdoors in the cold weather.”
The “Paddle Gals” round robin runs from mid-November through March.
Princeton Recreation Department Platform Tennis Courts are located at Community Park South. 