State needs to get off fence on cell phone ban 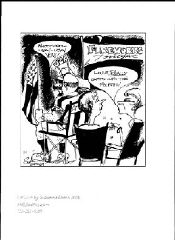 A statewide ban on the use of hand-held cell phones by the operators of motor vehicles went into effect in New Jersey on July 1 and replaces the laws enacted by officials in several municipalities that have heretofore addressed the issue.

With Marlboro leading the way on the issue in 2001, police officers in those towns have been able to stop motorists and ticket them for the act of using a hand-held cell phone. The local laws made the use a primary offense.

The state Legislature — unwilling to go that far — made the use of a hand-held cell phone by the operator of a motor vehicle a secondary offense.

That means a motorist can only be cited for the offense if he has been stopped by a police officer for another moving violation. The penalty for using a hand-held cell phone ranges from $100 to $250, but no points will be placed on the driver’s license.

New Jersey’s law will leave it up to the discretion of a police officer when the operator of a motor vehicle is observed to be using a hand-held phone.

The officer will have to determine whether any other violations are being committed before pulling over the driver and writing tickets for both offenses (the primary violation as well as the secondary violation — the use of the hand-held cell phone).

Marlboro Councilman Barry Denkensohn, who pushed hard for his governing body to enact a ban, got it right when he noted that the law making the violation a secondary offense "really is a ban with no teeth in it."

The state should get off the fence; if holding a cell phone is enough of a distraction to be discouraged by punishment, it should be an offense that drivers can always be punished for, not just when they’re exceeding the speed limit or running afoul of some other roadway rule.

For what it’s worth, the AAA New Jersey Automobile Club did not support the state legislation and cautions motorists against assuming that hands-free phones are safer than hand-held phones.

A AAA spokeswoman said that research shows it’s conversation, not the device, that distracts a driver.