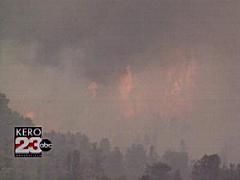 How two young designers went from pounding the pavement to the pages of Vogue, and where they plan to go from there.

By Jessica Seid, CNNMoney.com staff writer
NEW YORK (CNNMoney.com) — Brooklyn-based designers Sophie Buhai and Lisa Mayock started their fashion business with a little money and a lot of ambition.
In 2003, the friends from Parsons School of Design drew sketches for their first collection, under the name Vena Cava, borrowed $5,000 from their parents and hit the pavement in search of someone to produce their pieces.
"We went down to the garment district and looked for places that looked like factories," Mayock explained. After knocking on many doors, they found a factory willing to produce some of their pieces.
With some garments in hand, Buhai and Mayock compiled a trunk show to present their merchandise to their family and friends.
They paid their parents back for their initial loan with the proceeds from that first show and continued to fund the business with subsequent shows.
"[Our family and friends] would pay us up front and we would ship the clothes about six months later."
Steadily their customer base grew and the orders increased, but landing their line in retail stores proved difficult.
Buhai and Mayock packed their collection into garment bags and went from store to store in Los Angeles hoping to show their line to prospective buyers. "Nobody would even take the time to look in the garment bags," Mayock remembered.
"Not one store picked up the collection," Buhai added. But, "we have our clothes in all of those stores now," she said.
The turning point came when the designers decided to take a hard look at what they were producing and what was working in the few high-end boutiques that did carry their clothes.
"We went back and looked at the last season and really analyzed what the stores were buying, and they were buying dresses," Buhai said. "We realized that suddenly dresses were back and there was a hole in the market," she added.
"We got in on that and ran with it, and that’s been the bread and butter of our business."
Then Vogue picked up on the vintage-inspired attire. The essential fashion magazine featured Vena Cava’s delicate ensembles, which cost between $400 and $700, in Feb. 2005.
"That season went from 18 retail accounts to 80," said Mayock. "We were like, ‘oh great, that’s cool,’ because we didn’t really know, then people told us what a big deal that was," she said of the jump.
Vogue’s write-up also helped land the line on the eighth floor of Barney’s New York, and then more stores followed.
The twosome, who design each garment together, quickly had to figure out how to start producing 200 dresses instead of 20 and find businesspeople they could trust.
They were able to negotiate lower production costs for increased output, but they also said there were a number of factories in New York that would delay the production of their designs to accommodate jobs from bigger businesses.
And "we had to get a bookkeeper and an accountant; we couldn’t just file away our receipts in a shoe box," Buhai said.
Vena Cava turned profitable that season, and sales have grown about 30 percent each season since then. The line hit a million dollars in sales last year, and Buhai and Mayock project that that figure may double this year.
The designers hope the business will continue to grow steadily. "We don’t want to be super hot, we want to be more constant," they said.
And they are not likely to forget what it took to get there.
"Before you have that first break it’s really, really difficult and no one will give you the time of day," Mayock said.
If there’s one thing they believe, though, it’s that their perseverance has paid off, despite being low on capital. People in the industry will tell you that you need $50,000 or $100,000 to get started, Mayock explained. "And that would be great, but that much money is not a necessity."
"You can figure out ways around it if you apply the same creativity that you do to designing your clothes."
Earlier this month, Vena Cava was awarded a grant by UPS (Charts) to help showcase its spring collection at Olympus Fashion Week in New York City.
UPS, a Fashion Week corporate sponsor, covered the cost of the venue rental, including lighting, sound and technical equipment, making it possible for the designers to present their spring 2007 collection.
The line is now carried by more than 80 stores in the United States and abroad, including Barney’s New York, Harvey Nichols, Nordstrom (Charts), Ron Herman and Fred Segal.
"I was walking down the street and I saw someone wearing a dress of ours, and I was having a really bad day, and I was like ‘oh my god, that’s so amazing,’" Mayock said.
"We’re doing something that can make other people feel good about themselves."