My grandmother, who was a competent and rational woman in most regards, had what we thought were some very weird notions about credit and banks. Those ideas were forged in the Great Depression, when the family lost everything but its socks because the banks went bust and the people who took over the banks came to collect on the loans the family had taken out to run its ranching operations. They eventually staved off foreclosure, but there were decades of poverty and want because any money that came in went to pay creditors. 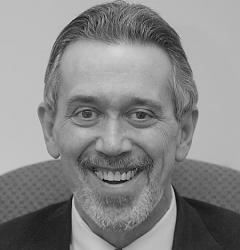 After what happened to her family, when it came to credit, her idea was that you should never use it. For the first 80 years of her life, she never bought a single thing on credit. If she wanted or needed something, she saved up and paid cash. If she couldn’t save enough, she went without.

This went for the big-ticket items as well as the little ones. She bought a new car every five years, and when she bought it, she paid cash. After they moved into town from the ranch, she and my grandfather bought their first modest house with cash. When the value of that house went up sufficiently, they sold it and bought a nicer house, with cash. By the time my grandfather died, they owned a beautiful three-bedroom home with oak ceiling beams and a huge yard, and they owned it free and clear. The place was filled with top-ofthe line furniture (a little frilly for my taste) that they bought with cash.

This propensity to eschew credit drove their son, my uncle, crazy. As the vice president of the largest bank in town, he considered it a personal affront and a professional embarrassment that his own mother wouldn’t come to him for a loan. When she was in her 80s, he finally convinced her to at least apply for an American Express card in case she was ever traveling and had an emergency.

She applied for the card and the company turned her down because she was 80-some years old and had absolutely no credit history. They figured she was a bad risk.

Because she had worked in a bank when she was younger, and was appalled at what she saw going on there, she also distrusted banks on general principle. She especially distrusted banks during Republican presidential administrations, because she noticed that all the major collapses in the economy had happened under Republican watch.

Like a cat that jumps on the stove a couple of times, gets burned and learns to avoid the stove, she said she learned her lessons the hard way. That also drove my uncle, the banker, nuts. Not only wouldn’t his mother come to him for a loan, if a Republican was in the White House, she wouldn’t even keep her money in his bank.

When she was in her 90s (she’d taken all of her money out of the bank the day Ronald Reagan took office, and kept it out through the administration of George Bush the elder), she moved into an assisted-living facility. They told her she had to open a bank account because they would only take her payments directly from that account. They just didn’t trust a bunch of old people to pay the rent on time.

She opened the account reluctantly but had some trouble with the ATM and balancing her account. She found a young teller who was happy to help her, and told us what a wonderful young woman worked at the bank.

After she died, we discovered the teller had been stealing from her. Every time Grandma came in to make a withdrawal for $100, the teller would take out $200 (sometimes several times a week) and pocket the difference. Then the teller would gin up the records to cover her tracks.

After she died, we also discovered that Grandma hadn’t entirely trusted the bank after all. We found money in coffee cans, boxes and drawers all over her house. There was so much paper money stuffed in the piano, it kept the keys from hitting the strings. Her heirloom diamonds were in a can that also held rubber bands and paper clips.

When the big Savings & Loan scandal happened in the 1980s, Grandma rubbed it in a little when our banker friends complained, and bragged that she hadn’t lost a dime because she never would have kept her money in a Savings & Loan in the first place.

So I can just imagine what she would have said recently, when the federal government had to pass a bill giving up to $700 billion to banks and lending institutions because the industrywas filled with greed heads making incredibly bad loans.

I don’t think it would have surprised her that the government was using our taxes to buy only the BAD LOANS, and the economy is on the brink of total collapse, because there is a Republican administration in the White House, and has been for nearly eight years. And not only is there a Republican in the White House, the tenant is a marginally functioning moron who has turned out to be the worst president in history.

Somewhere in heaven this morning, I imagine Grandma is making breakfast for my uncle, the banker. Two eggs over easy, buttered toast with homemade strawberry preserves, home fries and black coffee.

And as she sets his plate down in front of him, she also opens that morning’s copy of the Celestial Times, and points to the front-page story of this incredible bailout.

It’s good to be back after my month or so away after our son’s death. But I can’t end today without saying thanks to all the people who supported us with gifts of food, prayer, support and baskets full of cards.

The outpouring of friendship and fellowship in our darkest hour was humbling, and amazing — and my wife and I simply can’t buy enough thank-you cards to send to everyone who called, stopped by, e-mailed, or sent condolences by mail.

We’ve tried to keep up with our thank yous, but there were so many people to thank, I’m sure we missed some. If you were one of those, please know it wasn’t because we’re rude people. It’s just that some of the people we needed to thank fell through the cracks.

So please accept our thanks now. Your words, gifts and prayers meant more to us than my imperfect words can ever express.

Gregory Bean is executive editor of Greater Media Newspapers. You can reach him at gbean@gmnews.com.