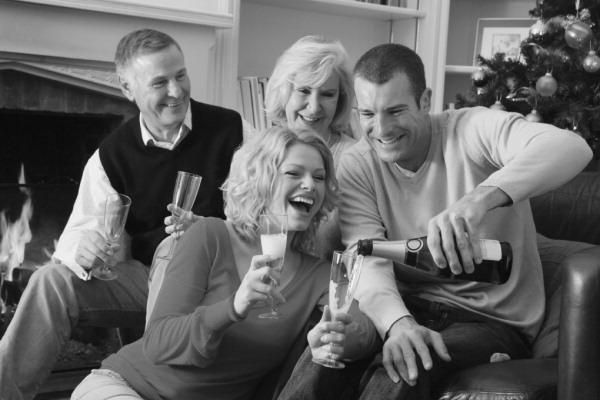 By Stephanie Vaccaro, Special Writer
Winter holidays bring with them numerous celebrations. They can also be a time of a lot of additional waste. Sustainable Princeton met on Nov. 21 at the Whole Earth Center on Nassau Street to discuss taking a green approach to celebrations.
Among the contributions shared were some ideas in a document drafted by Eve Coulson, who was noted for her help in getting the organization to start reflecting on the theme of green celebrations. Her two-page document is filled with ideas about ways to green your celebrations.
”I was intrigued by, inspired by the art of the guy named Chris Jordan who has made these amazing pieces of art that when you looked at it closely it represents, like say, the fact that every six hours, U.S. airline flights use 1 million plastic cups,” Ms. Coulson said. “And that’s not talking about home use, but that sort of huge numbers.”
Some of the points raised at the meeting and in the document Ms. Coulson drafted included:
* – When throwing parties at home, rethink the use of disposables. Use your own plates, reusable napkins, find biodegradable goods, and participate in the curbside food waste program.
* – For business and larger events, use the Internet for invitations, marketing and registration when possible. Try reusable nametags. Decorate with native plants that can be taken home by the participants, decorate with edible centerpieces like a dessert or display of fruit, and minimize single use items when possible.
* – Take a seasonal approach to menu planning. Reduce the amount of meat served, perhaps select a vegetarian menu. Try to avoid serving individual beverages in favor of pitchers, larger bottles and washable cups.
Ms. Coulson continued her suggestions with “think outside the goodie bag,” challenging others to look for useful, durable or consumable items to give as parting gifts.
Vendor contracts can contain stipulations like no Styrofoam, recyclable bottles only, and requesting biodegradable and compostable serving items.
For outdoor events, she suggested using one large water cooler rather than individual plastic bottles. Give incentives to people who bring their own water bottles and cutlery.
Over the days leading up to the event Ms. Coulson said she was thinking, Does this really matter, what each of us does? “It’s little, but I still think it matters,” Ms. Coulson said. “I was reading what I wrote last year, and I said, ‘use the internet for invitations.’ Paper isn’t the only thing that’s the problem. I think we keep learning about what is and isn’t a problem. We have to keep thinking.”
”I think the trouble is when you want to have a party, we kind of want to splurge,” Ms. Coulson said. “So, to do it in a careful way, or ways that we’re not used to, even when it comes to food, a lot of times I feel like I serve food that I don’t actually approve of or I’m on the fence.”
Four times a year Ms. Coulson hosts a salon in her home, and she always uses her own plates. People always say to her: gee, why are you doing that? You should use paper plates. It’s so much easier. But her response to that is: well, for one thing you guys are worth it, and why not?
”It’s a funny thing,” Ms. Coulson said. “People kind of feel like I shouldn’t be doing that. I don’t think the suggestions are all that surprising, but for me I think it’s the mindset and being able to go against it.”
Some of this has been tested a few years ago, she noted. When you took your own bags to the grocery store, people thought that was strange. Now it’s more common.
”I think a lot of it is just how we change a habit,” she said. “That’s the harder part.”
Executive Director Diane Landis pointed out that Sustainable Princeton has worked with the Arts Council to arrange a contract that the Council composts on site, and to do other specific things to encourage a zero-waste mentality. “If it’s not in the contract, it’s not going to get done,” Ms. Landis said. “It’s not thought of as a tool for change, but oftentimes that can be.”