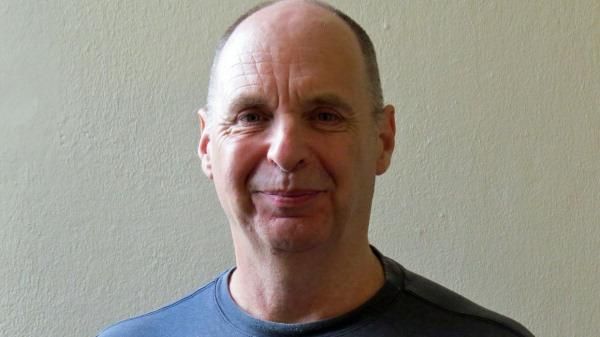 By Anthony Stoeckert
The movie “The Imitation Game” is currently in theaters, telling the story of Alan Turing, the mathematician and code breaker who helped the break “Enigma,” the Nazi communication code often described as “unbreakable.”
The movie stars Benedict Cumberbatch and is getting good reviews, but no Hollywood movie can fully tell a story as rich as Mr. Turing’s, so Princeton University Press has published a movie tie-in edition of “Alan Turing: The Enigma,” a 1983 biography of Mr. Turing by Andrew Hodges.
Press materials for the book describe Mr. Turing as “Founder of computer science, mathematician, philosopher, code breaker, strange visionary and a gay man before his time.” Mr. Hodges’ book tells how Mr. Turing developed the concept of a “universal machine” in 1936, and how that concept led to the modern computer. Mr. Turing also played a leading role in breaking the Enigma communications, and that development was crucial to the Allies’ victory in the Atlantic.
There also is a sad chapter of Mr. Turing’s life, his being arrested, stripped of security clearance and forced into a program designed to “treat” his homosexuality. During an investigation into a robbery at his home, Mr. Turing told police he was in a homosexual relationship, which led to him being charged with indecency. He pleaded guilty and agreed to undergo “treatment.” Mr. Turing was no longer allowed to continue his work for the British government. He also was banned from entering the United States.
When asked if Mr. Turing is as well known as he should be, Mr. Hodges notes that he is well known in the world of computer science.
”Since the 1960s, the equivalent of the Noble Prize in computer science has been the Turing Award,” Mr. Hodges said. “So he’s not an unknown person, indeed in philosophy and psychology, and mathematics as well of course, he’s a well-known name.”
Mr. Hodges said he began writing the book in the 1970s because he learned things about Mr. Turing that few people knew about. Mr. Hodges, who teaches mathematics at Oxford, was a math student in the 1960s, so he was aware of Mr. Turing’s contributions to mathematics. Mr. Hodges also was involved in the gay rights movement of the 1970s, and learned of Mr. Turing’s place in that chapter of history.
”In the early 1970s, his name came to me through personal friends of his, and that was through the gay rights movement of that period, so that was a completely different story,” Mr. Hodges said.
A few years later, Mr. Turing’s role in what Mr. Hodges describes as the “industrial scale” of code breaking during World War II became public.
”That wasn’t known until that period, the scale and sophistication of it,” Mr. Hodges said. “And then, partly through personal contacts, I became aware that he was the most important scientific figure in the whole thing. It was putting those three things together, and then as I got going, of course, many more things came into the frame… It seemed to me at that time it needed to be done, and there was probably no one else who had an angle on all these different elements who could bring them together.”
Princeton enters Mr. Turing’s story in that he studied at the University in the mid- to late-1930s and received a Ph.D. from the university. Mr. Hodges will appear at Princeton Public Library on Dec. 4, beginning at 7 p.m. as a stop of his tour promoting the new edition of his book.
Mr. Hodges said he’ll discuss the code-breaking elements of Mr. Turing’s story, particularly his work on Enigma in 1930 and 1940, and also discuss what happened to Mr. Turing near the end of his life. The new edition of “Alan Turing: The Enigma” includes a new preface by Mr. Hodges, allowing him to write about Mr. Turing’s being mentioned by President Obama with Newton and Darwin as British scientists who made major contributions to the world, and the posthumous royal pardon Mr. Turing was given last year.
While the book does delve into Mr. Turing’s mathematical contributions, Mr. Hodges said his story is one of history.
”The central point is that Turing’s ideas, very much in combination with other people’s, (started) the main attack on Enigma messages in 1940, very effectively indeed, very quickly,” Mr. Hodges said. “And then he himself dedicated his work to the naval messages… That was his most individual work and that had a very direct individual outcome in the strategy and events of the war from that time onward.”
He added that people who aren’t mathematically inclined shouldn’t be intimidated by the book and Mr. Turing’s achievements in regard to Enigma.
”It’s true that you need mathematics to see how it was done, not very deep mathematics but it is mathematical,” Mr. Hodges said. “It is actually a very beautiful, logical problem, but you don’t need to follow that to see the significance of what he did.”
Mr. Hodges said he isn’t commenting on the film, because his role in the story is one of a historian talking about Mr. Turing. When asked if someone who sees the movie will get an understanding of Mr. Turing’s life, Mr. Hodges, said, “It’s obviously only part of it because that’s the very nature of a thing which is less than two hours. Also, it’s not a documentary; it’s fair to say that, it’s not a documentary film.”
At the suggestion that if people want the whole story, they should read his book, Mr. Hodges replies, “I think that’s what my publishers would say.”
The Princeton Public Library is located at 65 Witherspoon St., Princeton. For more information, go to www.princetonlibrary.org or call 609-924-9529.