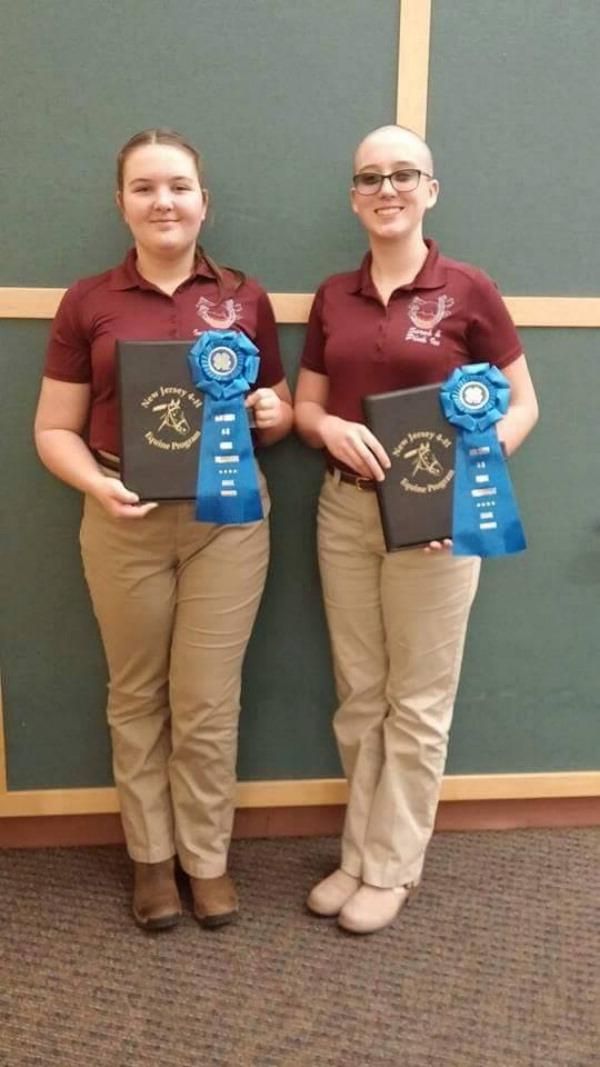 Sarah McDonnell, 15, of Hillsborough raised more than $2,700 by having her head shaved March 21 for the St. Baldrick’s Foundation, a national organization that raises money to fight childhood cancer.
She was one of 12 members of the Fire District No. 1 team in East Millstone that raised more than $40,000 in the event in North Plainfield, said Dawn McDonnell, Sarah’s mother.
This was her second year doing it, after raising $3,000 last year as part of same team.
Sarah also won first place in 4H state team competition with an equine presentation with her partner, Madison Whiting of Franklin Township (Somerset), on March 22. They will represent Somerset County in the regionals in New Hampshire in October and nationals in November.
In January Sarah also received the Somerset County 4H “You make a difference” award from all of the county horse clubs, mostly for her dedication last summer August at the 4H county fair in Bridgewater.
Sarah is an achiever despite near-constant pain from fibromyalgia and RSD, said her mother, Dawn.
According to Dawn McDonnell, Sarah wanted to take her horse to the fair, but it wasn’t physically ready. Sarah participated anyway as a herdsman, staying overnight at the fair all four nights, with children and adults she didn’t not know and away from her parents for the first time.
The time was enjoyable, but the anxiety and activity aggravated a medical condition for physical pain. The event also came only a few months after having major ankle surgery.
“She did so much running and helping her ankle swelled inside her boot to the point we had to cut it off,” she said. “Sarah is just the type of girl who would rather help others in spite of her own suffering.”
Her mother reports that Sarah will need another ankle surgery.