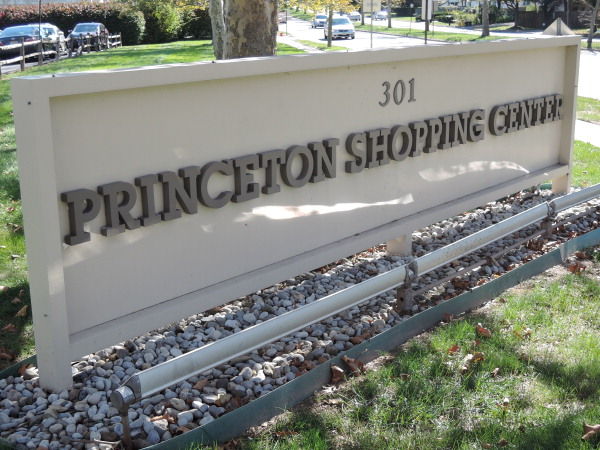 By Philip Sean Curran, Staff Writer
The Manhattan-based real estate company that owned the Princeton Shopping Center is reacquiring nearly five vacant acres of that large parcel on North Harrison Street, a section of which is zoned for senior housing.
On Monday, the town approved a subdivision of the property to carve out a new 4.5-acre lot for George Comfort & Sons, headquartered on Madison Avenue. At the moment, the company has no current development plan for the site, said its attorney, Richard S. Goldman.
The company had sold the 32.6-acre-Shopping Center property to its current owner, Edens, in 2012. The deal included a provision calling for Comfort & Sons to get the vacant parcel back for $1, Mr. Goldman said.
Monday’s subdivision was approved during a meeting of the Subdivision Committee of the municipal Planning Board.
At the meeting, municipal planning director Lee O. Solow said the shopping center sits in two zones: one to allow for the center to operate and the other at the northern corner of Terhune Road and North Harrison Street for 62 and older housing. The set aside for affordable housing — meaning the number of units that have be reserved at below market rate — is either 20 percent for sale units or 15 percent for rentals, he said.
“There is no development proposed at this time, but I’m sure this will lead to a future development application for senior housing on the 4.5-acre parcel,” he said.
Mr. Goldman said after the meeting that it was an “open” question whether senior housing would work on that site.
“We have no plan at this time,” he said.
The future of that property comes at a time when Princeton, a mostly built-out community, is figuring out how it plans to meet its quota of affordable housing. Towns in Mercer County have to submit plans to Superior Court Judge Mary C. Jacobson on how they plan to meet that requirement.
Mayor Liz Lempert on Monday had no immediate comment about the property or how it fits into the town’s requirements for affordable housing.
Councilman Lance Liverman said Monday that he thought the site would be “perfect for senior housing,” given its proximity to the stores and other businesses at the shopping center and the available public transportation.
“You have all the amenities that people can use within walking distance,” he said.
For her part, Councilwoman Jo S. Butler said Monday that the site is a large developable piece of land, but she declined further comment.
“I really shouldn’t say too much about it,” she said.
Ms. Butler said the zoning of the site was done “years ago” but would not discuss whether she and the rest of the Princeton Council would consider rezoning the area to remove the age restriction.