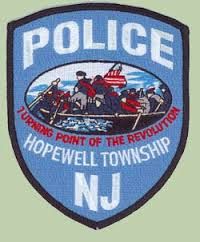 A three people were injured in a motor vehicle crash at the intersection of county Route 546 and Dublin Road on Monday afternoon.
Hopewell Township police were called to the intersection at 2:45 p.m. after a Mercury Sable and Honda Civic had collided.
The driver of the Mercury, a 19-year-old Hopewell Township woman, was transported to an area hospital for treatment of an arm injury by the Pennington First Aid Squad, police reported. An 18-year-old woman who was a passenger in the Mercury was also taken to the hospital for treatment of a head injury by Hopewell Valley Emergency Services.
The driver of the Honda, a 62-year-old Hamilton man, was also taken to an area hospital suffering from head and neck injuries by the Pennington First Aid Squad.
Police said none of the injuries appeared to be life-threatening.
According to police, the driver of the Honda failed to stop at a stop sign on Dublin Road and collided with the Mercury traveling west on Route 546.
The county road was closed for about 45 minutes and traffic was detoured until the road was reopened, police said.
Assisting on scene were members of Hopewell Valley Emergency Services, the Pennington Fire Company, the Union Fire Company and Rescue Squad and the West Trenton Volunteer Fire Company.
The crash is being investigated by Officer James Hoffman. 