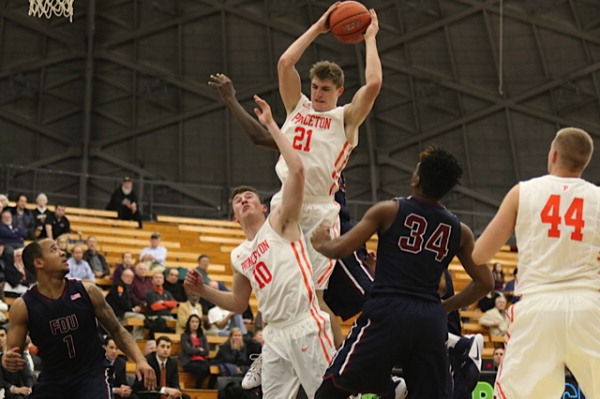 Led by Henry Caruso’s career-high 27 points, the Princeton University men’s basketball team remained unbeaten with a 91-61 thrashing of Fairleigh Dickinson Monday night at Jadwin Gym.
The Tigers are now 4-0, the first time the team has won four straight to open the season since the 1997-98 squad did it.
Caruso, who missed only one shot the entire game going 10 for 11 from the field, led four Tigers who scored in double figures. Steven Cook added 17 points, while Amir Bell contributed 13 and Devin Cannady had 10.
Princeton will now embark on a three-game road trip, which includes games with Stony Brook on Dec. 5; St. Joseph’s on Dec. 8; and Lipscomb on Dec. 12.