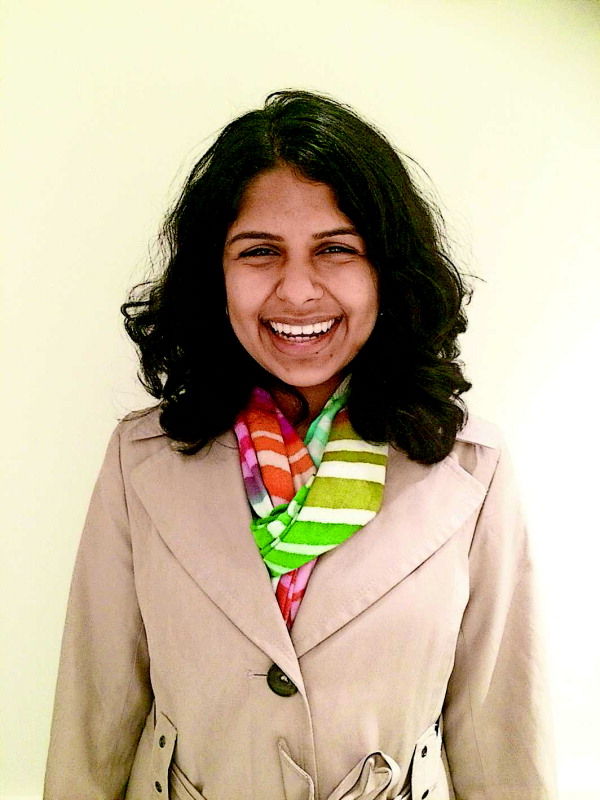 By Logan Sander, Special Writer
Since she was young, Princeton University sophomore Soumya Sudhakar has always loved finding solutions, and this November, she will travel to Paris to take part in finding a solution to her largest problem yet — climate change.
From Nov. 30 to Dec. 11, Ms. Sudhakar will participate in this year’s United Nations negotiations on climate change, also known as COP21.
While the goal of these negotiations is to develop an international treaty to counter climate change, Ms. Sudhakar and the rest of SustainUS, the delegation of about two dozen youth leaders from around the United States, are hopeful for an agreement to be using 100 percent renewable energy sources by 2050.
“We’ve been doing work before Paris, we will be doing work in Paris, but the movement has been doing work beyond Paris, too, so whatever agreement we get, the climate movement is there and SustainUs will be there working to get better climate change all around,” she said.
Ms. Sudhakar’s love for the environment and technology began at a young age when she and her family lived in California.
“Since age 9, I’ve been very passionate about climate change and how to solve it. When I lived in California, we used to go to all the national parks and state parks and all the sequoia trees, so I think from that I really started loving nature and the environment,” she said. “I kind of just fell into it and fell in love.”
When she was 10 she watched “Day After Tomorrow” and “An Inconvenient Truth,” which spurred her interest in finding solutions in the policy side of climate change.
“I’m the girl who in eighth grade was watching COP15, which was in Copenhagen. I’ve been watching the UN stuff pretty closely because it’s our one chance for an international political agreement, so I knew that this year would be a big year,” she said.
Although many of these politicians, experts and world leaders have been working on climate change issues for years, Ms. Sudhakar said that youth hold a unique leverage for creating real change.
“As youth, if we expect politicians to stand up and be brave and be courageous at Paris, it’s the responsibility of the youth to push them to do so. As you get older and older, you can get more jaded, but it’s the youth who have to demand a better future, and that’s what we’re there to do.”
SustainUS has focused largely on social media platforms as a way to mobilize youth. Ms. Sudhakar is interested in audio journalism and is working on creating a podcast to provide daily updates on what happens at the conference as well as regular social media postings.
“On the media front, youth have a lot of say because I think we are the ones tweeting the most. We have a different network, as well, to reach out to and I think there’s a lot of passion in the mobilization side,” she said. “Media is a big part of putting pressure and rewriting the narrative from what fossil fuel companies have said and what governments have said to what is really happening.”
Ms. Sudhakar, a mechanical and aerospace engineering major, is also active with other sustainability organizations, such as the Princeton Sustainable Investment Initiative and the Anti-Human Extinction Movement, and participated in the People’s Climate March in New York last September. She does not know exactly where her career path will lead, but does know that she will always be active in advocating sustainable energy and climate change reforms.
“Some of the messaging is that it’s our future, that what’s at stake is the future generations and that’s something that has very much to do with the youth. But on a more personal note, I think that being involved with climate change activism, I’ve met the most amazing and passionate people,” Ms. Sudhakar said. “It’s a lot of work and sometimes it can feel discouraging, but then there are moments that it works, and you feel so empowered as a citizen and as a human being. If you can tap into that feeling just once, you’ll be hooked forever.” 