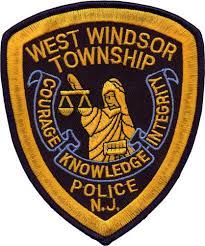 
A 53-year-old Lawrence Township resident reported the theft of her Samsung Galaxy 6 Edge cell phone, valued at $600, from Da Vi Nails inside the Walmart store at the Nassau Park shopping center on Nov. 21. She put the cell phone on the manicure table and left the area for five minutes. When she returned, it was gone. 

A 57-year-old township resident told police someone stole her wallet, containing cash and credit cards, while she was shopping at Wegman’s grocery store at the Nassau Park Pavilion at noon on Nov. 21. 

Dana M. Havet, 26, of Bridgewater, was charged with possession of heroin for allegedly having four decks of heroin in her possession after she was stopped for failure to maintain lane and making an improper turn on Alexander Road at 12:57 a.m. Nov. 24. 

Someone made more than $900 in fraudulent transactions in Michigan and Texas on a credit card belonging to a 52-year-old West Windsor Township resident, while the credit card was in the possession of the victim. The incident was reported at 11:20 a.m. Nov. 24. 

A North Face jacket belonging to a 7th-grade student at the Grover Middle School was reported stolen from her gym locker. The victim’s mother reported the theft at 4:22 p.m. Nov. 24. The student put her jacket in her gym locker and locked it. She went to gym class and discovered the jacket was missing after gym class. 

A 42-year-old West Windsor Township resident reported that he lost his wallet, containing his driver’s license, credit cards and cash, while he was commuting from New York City to the Princeton Junction train station on Nov. 30. It could have been lost on the train or in the parking lot. It was reported at 8:33 a.m. Dec. 1. 