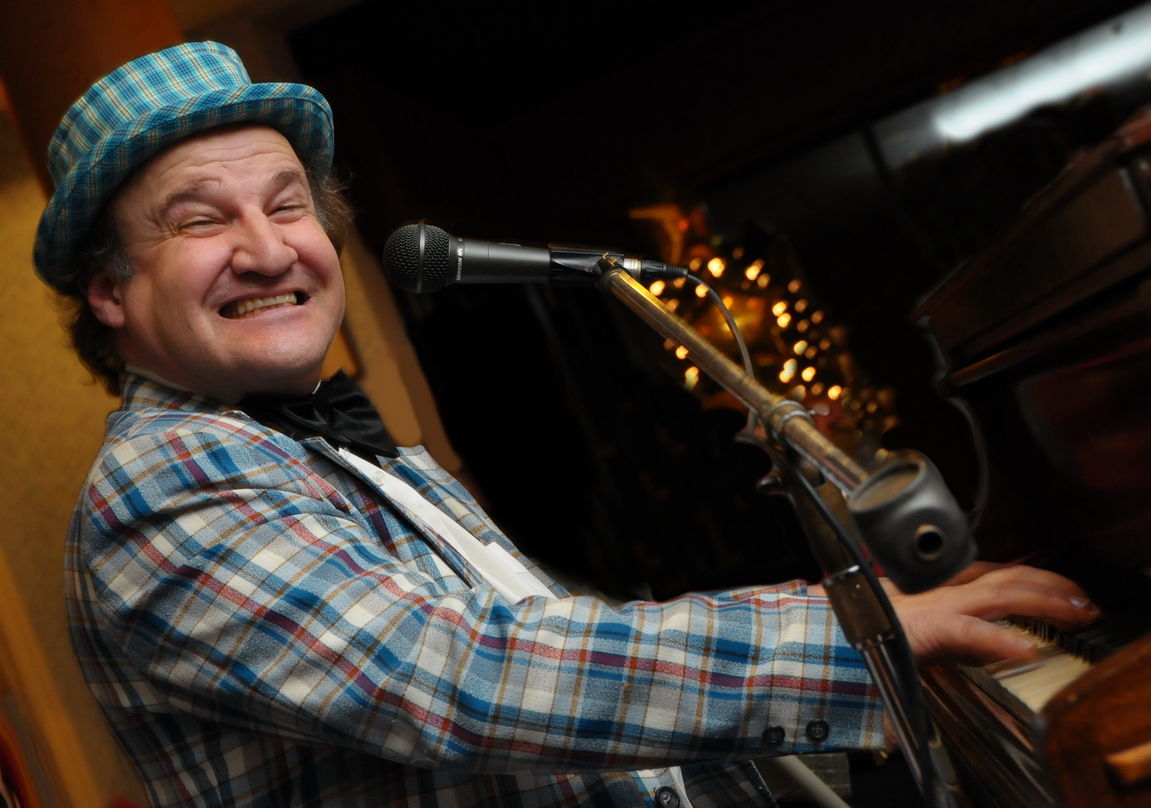 Anyone looking to laugh on New Year’s can head to Princeton Catch a Rising Star for a show starring Uncle Floyd Vivino, beginning at 6 p.m.
Known for his television show that is the stuff of New Jersey legend, Mr. Vivino’s comedy act, features piano playing, stories about his life, and endless jokes. You also can expect him to have fun with members of the audience, and the people running the club.
He starred in The Uncle Floyd Show, broadcast on regional channels in New York and New Jersey in the 1970s and ‘80s. Mr. Vivino purchased the airtime and sold advertising himself to get the show on the air. Not wanting to spend a lot of money on sets and production, budget restrictions stimulated creative activity, and that was how he dealt with the zero dollar production values of this kiddie show. Part of the musical family out of which the Vivino Brothers emerged with several rock and blues efforts, Floyd was the sibling who had mastered ragtime and swing piano, learning many classic standard songs.
In 1974, he began broadcasting The Uncle Floyd Show over UHF, utilizing the Uncle stage name for the first time. The show stayed on in its first run until the end of 1979, but was eventually revived on cable out of Oakland, New Jersey.
Mr. Vivino has worked regularly as an actor, appearing twice on Law & Order and the soap opera Loving. He also had small roles in several films, including Good Morning, Vietnam. In 1999, he achieved the honor of placing in the Guinness Book of World Records for non-stop piano playing, playing for 24 hours and 15 minutes under the close observation of the Guinness experts. His brothers Jimmy and Jerry Vivino are members of the house band on Conan O’Brien’s TBS show.
Uncle Floyd’s show will include a gala dinner and dance. Comedian Jerrold Benford will perform an 8 p.m. show. Princeton Catch a Rising Star is located at the Hyatt Regency, 102 Carnegie Center Drive, Princeton. For tickets and information, go to catcharisingstar.com or call 609-987-8018.