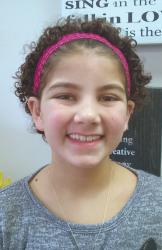 “I knew I was going to hit the clear mark,” said Gracie, who is the daughter of Don and Sharon West.

Sharon West said it felt like “the world lifted off your shoulders” when she heard from the doctor that her daughter’s scans were clear. 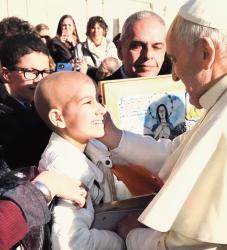 But it was a special blessing given to her by Pope Francis in December 2014 that brought Gracie the greatest sense of healing. “I felt calm and peaceful, like everything was going to be fine after (the papal blessing),” the youngster said. Gracie’s trip to see Pope Francis at St. Peter’s Basilica in Rome was the result of a wish granted to Gracie and her family by the Make-A-Wish Foundation. Pope Francis hugged and kissed Gracie and gave her a benediction. The pope also shook hands with her brother, Joey.