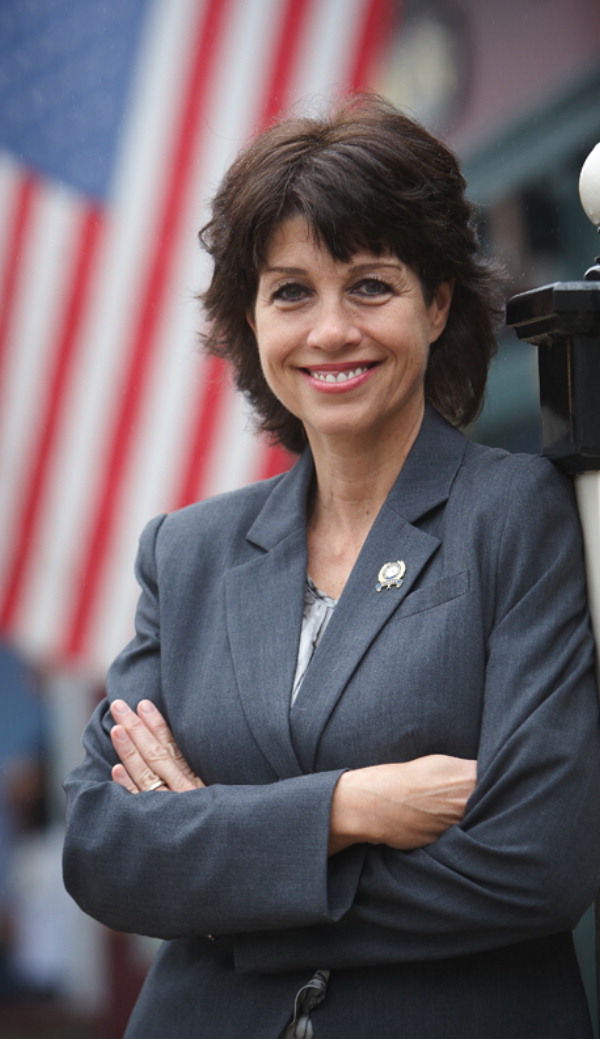 By Philip Sean Curran, Staff Writer
Republican Assemblywoman Donna Simon conceded Monday she had lost a razor-thin contest to Democrat Andrew P. Zwicker for the 16th Legislative District Assembly seat.
“After taking the necessary time to allow for the provisional ballots to be counted properly, and to ensure no major irregularities were discovered during the voting process, I have decided to concede the election with a razor thin margin of just 76 votes out of more than 32,000 cast,” she said. “It was my distinct honor and privilege to serve my constituents of the 16th Legislative District in the State Assembly and the people of our great state.”
Her spokesman said she had called Mr. Zwicker on Monday to congratulate him.
Ms. Simon, a Readington Township resident, one of the Republican casualities statewide on Election Day, when Democrats picked up four seats in the Assembly. They will begin the next session of the Legislature with 52 out of the 80 seats in the lower house.
“This campaign was the democratic process at its best. Every vote matters,” Mr. Zwicker said Monday. “I am thrilled and eager to begin working for the people of the 16th Legislative District and all of New Jersey.”
Mr. Zwicker, a South Brunswick resident, will serve with Republican Assemblyman Jack Ciattarelli, of Hillsborough, who held onto his seat. The district includes parts of Mercer, Middlesex, Hunterdon and Somerset counties.
The Republicans generally ran about 3,000 votes ahead in the combined Hunterdon and Somerset vote, but lost in Princeton by about a 4-1 margin and in South Brunswick in Middlesex by about a 2-1 margin.
Ms. Simon’s statement gave no indication whether she would try to win back her seat in two years.
Ms. Simon was chosen by the party county committee members to fill an Assembly seat in the aftermath of Assemblyman Peter Biondi’s death just days after the 2011 balloting. She twice won election on her own.
This fall’s election was unusual because the Assembly was the highest position on the ballot. It probably contributed to the 20-22 percent turnout statewide — the lowest in state history.
“As the dismal voter turnout this year demonstrated, the citizens of New Jersey are disgusted with Trenton and the entrenched special interests, who are the true enemies of progress and reform,” she said. “I share their frustration. I leave with a heavy heart, but with great pride in having always served with purpose, honor and integrity. I sincerely thank all who have placed their faith in me and for their continued support. God bless you all.” 