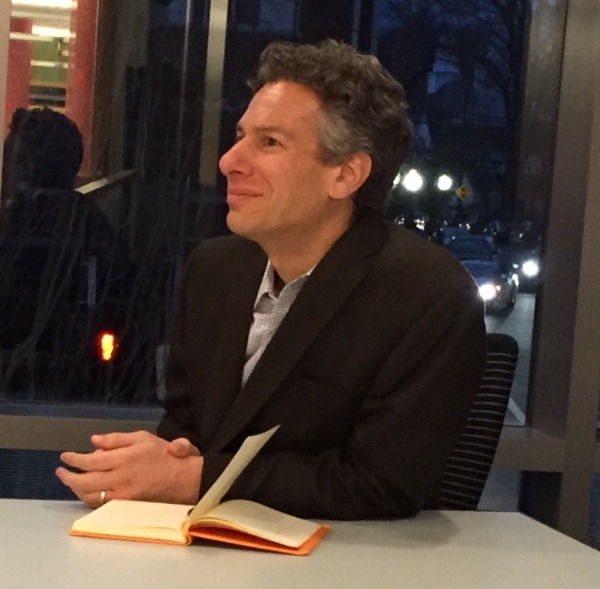 By Philip Sean Curran, Staff Writer
The next head of the Princeton Public Library has worked as a librarian at three universities in Philadelphia and spent the past seven years running a library in Camden County.
Brett Bonfield beat out a field of 25 candidates vying to replace current executive director Leslie Burger, who is retiring in January after 16 years. The library board of trustees extended him the $128,000-a-year-job last week.
“It is a terrific library,” Mr. Bonfield said of Princeton after the board voted Tuesday to appoint him effective next year. He will start Jan.19.
Mr. Bonfield will assume control of a library seen as a model among its peers around the state and the country. He will lead a staff of around 80 employees.
“It’s a well-known library, especially within the state, but nationally as well. I’ve been impressed with the library for a long time, and with Princeton, specifically as a community, for a long time,” he said.
The board vote was unanimous, but three members – Ruth Miller, Audrey Gould and Pamela Wakefield – abstained without explaining why they did not support the choice. Ms. Burger was not at the meeting, for a reason given related to preparing for Thanksgiving. There was only a smattering of staff attending to welcome their new leader.
Details of the transition still need to be ironed out. Mr. Bonfield inherits a library preparing to embark on an extensive renovation of the second floor of the building that that he will have to see through. He will guide a local institution that Ms. Burger sought to make into the community’s “living room.”
He comes to Princeton having spent seven years as the director of the Collingswood Library, the town in Camden County in which he resides. He has also worked at libraries at the University of Pennsylvania, St. Joseph’s University and Temple University.
Mr. Bonfield, 45, is a graduate of Rutgers and Drexel universities.