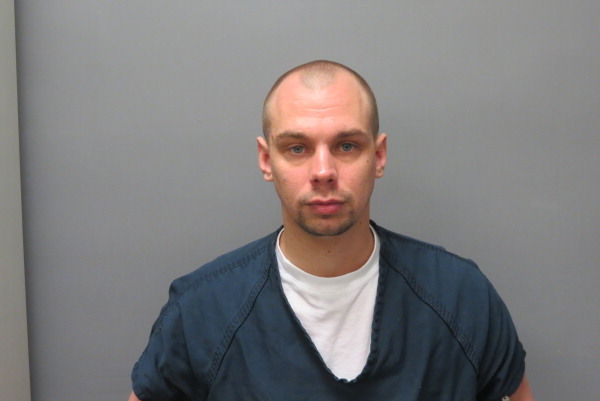 A Somerset County jury returned a guilty verdict Dec. 10 against Christopher Krafsky, 33, of Bridgewater Township, for the first-degree crime of strict liability for a drug-induced death of a young man in Hillsborough in late 2013.
On Dec. 24, 2013, at about 6 a.m. Lisa Johnson found her 22-year-old son, Richard Johnson, dead in the basement of their Hillsborough Township residence. Various items of narcotics paraphernalia found near Mr. Johnson suggested he had died of a heroin overdose. The cause of death was later confirmed to be heroin toxicity.
Expert testimony presented at trial confirmed that Mr. Johnson’s fatal heroin ingestion was recent, within no more than hours before his death.
The criminal investigation was conducted by the Hillsborough Township Police Department. Detectives found text messages on Mr. Johnson’s cell phone, which was in his pocket at the time of his death. The messages showed that on the evening of Dec. 23, he had been texting a contact listed as “Mat.”
Detectives determined that Mr. Johnson was trying to meet “Mat” on and that he was asking “Mat” to sell him narcotics. Detectives also said that “Mat,” in response, agreed to sell Mr. Johnson drugs and communicated the price of the drugs and a quantity.
Police obtained subscriber information associated with the cellular telephone number belonging to “Mat.” Subscriber information revealed the number was registered to a post office box in California, under the name Christopher Krafsky.
Further investigation showed that a man named Christopher Krafsky lived in Bridgewater Township.
In January 2014, a Hillsborough Township police detective met Mr. Krafsky at the Bridgewater Commons Mall. The detective told Mr. Krafsky that he was investigating the death of Richard Johnson. Mr. Krafsky, who did not know Mr. Johnson by name, recognized a picture of him and told the detective that he sold Mr. Johnson three bags of heroin for $15 per bag on the night of Dec 23 in Somerville, according to a police press release.
Recent statewide initiatives including a law enforcement directive issued by Acting Attorney General John J. Hoffman in October 2014 have focused attention on the heroin and opiate abuse crisis. The directive addresses New Jersey’s commitment to seek to hold those who engage in the illegal distribution of drugs criminally responsible for overdose deaths resulting from their trade and, thereby, deter drug dealers from dispensing illicit drugs.
The investigation, prosecution and conviction of Mr. Krafsky is an example of this statewide effort, police said.
“The Somerset County Prosecutor’s Office has long been intent on using tools like the criminal statute for strict liability for drug-induced deaths to deter those who choose to illegally partake in the sale of controlled dangerous substances,” said Prosecutor Geoffrey D. Soriano. “From this prosecution, the resounding message to dealers throughout New Jersey is that the sale of just three bags of heroin — or even one bag, for that matter — can result in an extremely significant prison sentence.”
Mr. Krafsky faces between 10 and 20 years in state prison, with 85 percent of the prison term to be served without parole. Sentencing is scheduled to take place in February.
The state was represented by Assistant Prosecutor Merrill Mezzacappa. Superior Court Judge Bruce Jones presided over the trial. 