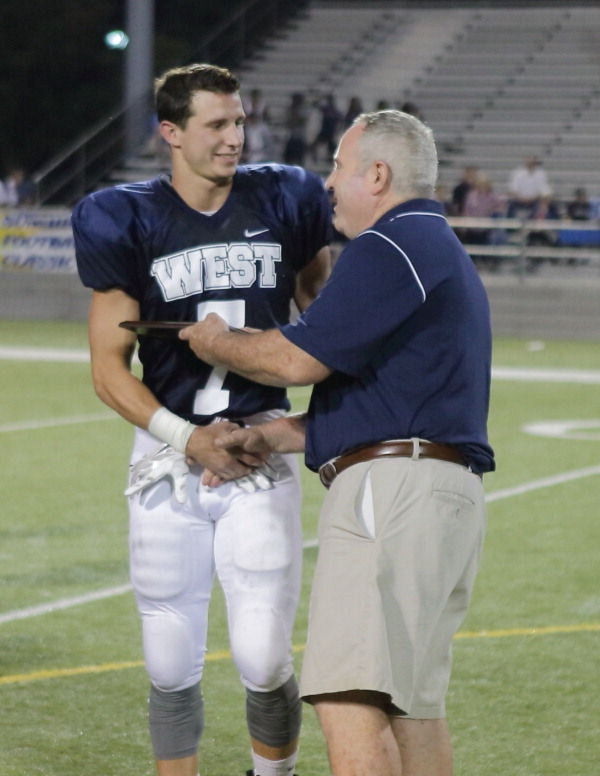 By Frank Mustac, Special Writer
PENNINGTON — Michael Gies, a freshman football player at Lehigh University and winner of the outstanding male athlete award in his Hopewell Valley Central graduating class last spring, has been charged along with several teammates in connection with an incident of revenge gone wrong.
Mr. Gies, 19, of Pennington, along with five other Lehigh students were each charged in Northampton County, Pa., last week with a single felony count of criminal trespass, according to James Augustine, an assistant district attorney for the county.
A seventh Lehigh football player, Brian Githens, 20, faces burglary, simple assault and criminal mischief charges.
The assistant district attorney confirmed local media reports describing the Nov. 8 incident in which a group of players allegedly broke into an off-campus home in Bethlehem where some other Lehigh students live. Mr. Githens is accused of assaulting one the male residents.
“What we’re gathering now is the main actor in this case had a beef with a resident of the house,” the assistant district attorney said by phone on Dec. 14. “It turned out he had the wrong house and the wrong guy.”
Mr. Gies is free on $5,000 bail. A preliminary hearing has been set for Dec. 30.
Lehigh University officials would not say if the players would remain on the football team, but in a statement indicated those involved “are going through the university’s conduct process.”
Mr. Gies was part of the Hopewell Valley Central High School team that won the NJSIAA Central Jersey Group III football championship in 2013. After graduating high school, he played in the Sunshine Classic all-star game in July at The College of New Jersey, and received the outstanding player award for that game.
Mr. Gies, a receiver in high school, is listed as a defensive back for the Lehigh University team.